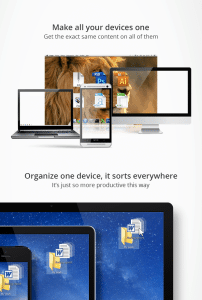 Lima, marketed as the “Brain of Your Devices” has announced a shipping delay which has pushed back delivery for all supporters until sometime next Spring.  Lima, which was originally called “Plug” but was forced to change their name, is the 7th most crowdfunded campaign ever on the Kickstarter platform under the technology category.  Lima shares the top ten list with superstars like the Oculus Rift and 3Doodler.  The crowdfunding campaign raised over $1.2 Million on Kickstarter on a goal of only $69,000.  The campaign closed this past September.

The tech device was originally scheduled to ship their first batch December 2013 as 3200 supporters had rushed to be first in line to receive the Lima device.  The second shipping round was scheduled for April 2014.  Over 12000 supporters contributed to the project – each hoping to receive one of these devices.

Many comments on the project page expressed frustration with the shift in ship dates.  The backer update posted by the Lima team attempted to explain the need to push the date of deliver back to sometime next year:

I hope everyone has been able to create their backer dashboard account. If not, shoot us an e-mail (team AT meetlima.com) and we’ll be glad to help.

It’s high time to update you guys about shipping. I know many of you have been wondering if we would maintain our estimated delivery time, i.e. ship the first Lima devices in December. We have been considering the upsides and downsides of doing so, and we’ve ultimately taken the decision to ship all the Lima devices in Spring.

Today, our hardware is ready for mass production. But we need more time to develop the Lima desktop and mobile apps.

We expected 1000 backers. You were actually 13 000 on board. (I’m still amazed!) You’ve all exceeded by far our expectations during this campaign. We absolutely want to exceed your expectations too. 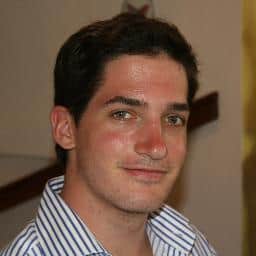 Instead of delivering a great « first iteration » of our product to 1,000 early-supporters, we want to make sure you all receive a stable and top quality product right away. That’s why we’ve taken the decision to take the necessary months to exhaustively test and improve even more our software.

Believe us, we can’t wait for you to lay hands on your Lima, but we can’t imagine giving you a less-than-amazing experience.

So, what does it change in our schedule? Well, it obviously adds a non-compressible delay into our software development schedule. However, it also gives us some air in our hardware production timeline. So we decided to do one thing :

We made you a surprise.

Although our hardware is ready, we didn’t want rest on our laurels. We wanted to make it up to you and use that extra time to boost the Lima on another side: the design. We had a great, minimalist design. We decided to raise the bar even more and offer you an even better experience. Of course, this change won’t come at the price of another delay. But since it fits in our schedule, it’s definitely something we’re happy to work on to thank you for your amazing support.

Thanks for believing in our project. It really means a lot to us. We’re truly doing all we can to provide you with the best Lima experience ever, and we hope you’ll understand our decisions.

More info on the go! (We’ll post a dedicated update on the software development progress soon.)

The Lima device was unique in the fact it took a different approach to cloud computing.   The product created your own personal cloud environment allowing all of your many different devices to share and access the exact same content all of the time.  Their approach made a small iPad with limited storage into a device where you could access all of your files.   Lima managed your files by using an external hard drive to act as your personal cloud storage.

Some backers felt a software issue as a delay was something which could be accommodated with a remote update at a later time.

While Kickstarter does not profess to be a store backers expect rewards to ship on time.   Many – if not most- crowdfunding campaigns are late on their delivery.  While not indicative of malfeasance on the creators part it is always imperative that crowdfunders maintain regular communication  with their backers – many who end up being their most valued advocates.  The team at Lima has consistently communicated with their many supporters – so hopefully the next update will have a firm ship date for receipt of the device.