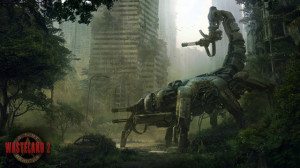 Gamers wishing they backed the Kickstarter campaign for Wasteland 2 can rejoice. The game is now available to everyone via Steam Early Access.

inXile Entertainment’s post-apocalyptic RPG raised just short of $3 million in a Kickstarter-powered funding effort that ended on April 17 of 2012. It isn’t inXile’s only fully-funded Kickstarter campaign, and in fact it isn’t even the company’s most successful. The campaign for Torment: Tides of Numenera raised over $4 million and ended in April of this year, making the company one of the rare examples of crowdfunders to use the medium multiple times for multiple successful projects.

RELATED | Brian Fargo pledges to use Kickstarter for all future projects, regardless of Wasteland 2 success

In an early review of the game in August, Rock Paper Shotgun said Wasteland 2 was “looking increasingly like one of the most delicious fruits of Kickstarter.”

The game is available on Steam for $59.99 and requires a Windows environment to play.