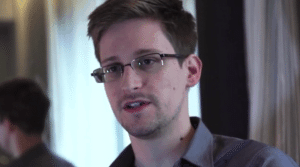 Filmmakers Travis Doering and Jason Bourque have been raising funds for a documentary about Edward Snowden since the fall of 2013 with a plan of ending their funding campaign on January 1, 2014. That date has come to pass, and the result of their effort is $842,330 raised from 136 supporters.

That is over $6,000 per backer. Seem incredible? Consider that much of the money was raised via Bitcoin and it seems safe to presume that at least some of the film’s backers are newly-minted benefactors from the Bitcoin boom.

According to a recent article in the National Journal, eleven people ponied up $2,500 to become executive producers of the film.

The filmmakers had a goal of raising $1 million. Having raised a good chunk of it, they will now reassess their budget and finalize plans to bring the film to the small screen. The film will be released for free under a creative commons license and distributed on sites like The Pirate Bay. Because of course it will.