“Kickstarter is crowdfunding with training wheels.”

For many, equity-based crowdfunding is the final stage of crowdfunding’s evolution. The United Kingdom was an early adopter of equity crowdfunding. Less than two months after President Barack Obama signed the JOBS Act in 2012, dubbed the “Crowdfunding Bill”, UK platform Escapethecity.org had already raised £500,000.

While equity crowdfunding raised £28 million in the UK last year, it only became “legal” in the United States on 22 September 2013 – the day Title II of the JOBS Act came into effect allowing “general solicitation” of private placement share offerings. The average American is still prohibited from acquiring shares online via crowdfunding.

However, an examination of the two countries’ regulatory frameworks reveals that the US may overtake the UK as the world’s equity crowdfunnding capital – perhaps even this year. 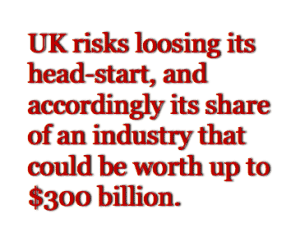 Title II of the JOBS Act lifted a ban on the public advertisement of stock placements, which dated back to 1933. Entrepreneurs and crowdfunding providers can now solicit any accredited investor. This includes someone who is presumed to be a “sophisticated investor” with an annual income of at least $200,000 or a net worth exceeding $1 million.

On the 23rd of October 2013, the U.S. Securities and Exchange Commission (SEC) proposed its regulations on how to implement Title III of the JOBS Act. According to these recommendations, non-accredited investors earning less than $100,000 per year, can invest up to 5% of their income, or $2,000, whichever is more.  This would make equity crowdfunding available to the 80% of Americans who earn less than $100,000. The recommendations are expected to enter into force later in 2014.

The relevant UK law is the product of a pre-crowdfunding era, and only caters to professional investors. “Arranging an equity investment” constitutes a “regulated activity” under the Financial Services and Markets Act 2000 (FSMA), the UK’s financial regulation framework.

As such most equity crowdfunding providers require the approval of the Financial Conduct Authority (FCA – the agency responsible for enforcing FSMA), unless their model falls within a limited number of narrow exceptions.

Approval is usually tied to restrictions determined on a case-by-case basis, which aim to limit the type of investor the provider may transact with.

Seedrs and Crowdcube –  the UK’s two largest equity crowdfunding providers – are both FCA approved. As they have different business models, they face different restrictions.

Therefore, in contrast to the US’ initial blanket restriction, crowdfunding slotted into the UK’s existing regulatory framework, – hence the head-start.

However, the government aims to move away from the case-by-case approach to a more streamlined approval process. On the 24th of October 2013, the FCA published a Consultation Paper (CP 13/13) aiming to “make investment-based crowdfunding more accessible to a wider, but restricted, audience of consumers.”

The Consultation Paper proposes that only the following types of investors can invest:

The Paper also suggests an “appropriateness test” providers must apply if no investment advice is given to the investor. This is mainly to ensure that the client understands the risks of the investment.

Drawing a line underneath. 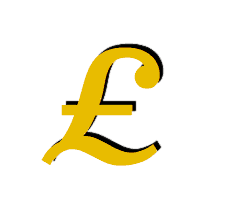 In the race to become a crowdfunding hub, the UK was quick off the mark.  The existing regulatory framework could accommodate the business models of different investment crowdfunding providers, and its government encouraged tax efficient investment in emerging companies (e.g. through the Enterprise Investment Scheme & Seed Investment Enterprise Scheme).

However, while its regulatory framework may have given the UK a leg up, it is piecemeal, lengthy and lacks transparency compared to Title III.

The Consultation Paper indicates that the government recognizes the need for improvement, however it needs to act quickly. If change fails to happen before Title III is passed and equity crowdfunding gains traction in the US, the UK risks loosing its head-start, and accordingly its share of an industry that could to be worth up to $300 billion. 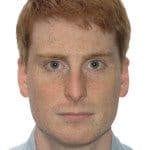 Tom McGinn is a trainee solicitor in London for one of the biggest legal firms in Europe. He is passionate about automation and disruption, especially in the legal and finance industries. He is also an advisor to VirtualCourthouse.com.