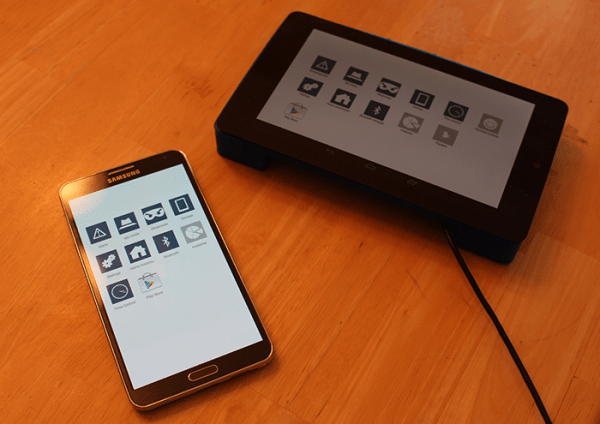 If you want a case study in how a Kickstarter can go horribly wrong, look no further than the campaign for SOAP, a touchscreen home automation router. The campaign is fully funded despite bleeding almost $4,000 since we caught wind of scam allegations surrounding the campaign this weekend. Assuming the team behind the campaign can make it to March 23rd without drawing the ire of Kickstarter and/or losing so much funding they drop below an $80,000 goal, it’s still game on.

So what is wrong with this campaign? It isn’t the swirling allegations. Here’s the skinny…

Hackaday eviscerated the campaign before talking to the creators

We’ll get to SOAP’s misgivings in a bit, but first I have to bring up Hackaday’s original post from March 7th. Here’s the opening paragraph from the author…

How would you like a 7″ tablet with a Quad-core ARM Cortex A9 processor, USB 3.0, 32 GB of storage, 802.11ac, four ports of Gigabit LAN, Bluetooth 4.0, NFC, SATA, HDMI, built-in Zigbee and RFID modules, a camera, speaker and microphone, all for $170? Sound too good to be true? That’s because it probably is. Meet SOAP, the home automation router with a touchscreen, that’s shaping up to be one of the largest scams Kickstarter has ever seen.

Now, here’s the closing statement from the follow-up interview with SOAP’s creators by the same author…

So there you go. It’s not the ideal update with the SOAP crew showing off a shipping container of units ready to be shipped, but the project isn’t in as bad a shape as I originally thought.

Incredible, and an admission that further research led to a change of opinion. Update: Hackaday’s Brian Benchoff, who wrote the piece, offered the following comment…

As far as my view on whether or not SOAP is a scam or not, I’m only going to say this: I’m offering the SOAP guys $500 for me to *borrow* a functional, ready for production prototype for two days. I don’t expect to write a check to them any time soon.

… and point made, but does this prove a scam?

My point is this: there is a fine but important line between outlining allegations and concluding something is fraudulent. Is SOAP a scam? It’s nearly impossible to definitively say whether any crowdfunding campaign is a scam or not. This is the intrinsic risk of being a backer in the rewards-based crowdfunding world. It certainly doesn’t seem appropriate to title a post “SOAP: The Home Automation Router And Kickstarter Scam” based on information available now or in the past. That’s a conclusion, not an allegation. Details can and should be shared with the public, but it’s ultimately up to the public to decide whether or not to take a risk on a campaign.

Does SOAP deserve to have an article living online in perpetuity calling the project a scam now that Hackaday has apparently retracted that original supposition?

To be fair, it goes both ways. CEPro took a stand, and the opposite one after doxxing the Reddit poster that originated the allegations against SOAP.

The only conclusion I haven’t seen: There were some allegations presented by someone with a (self-admitted) motive, and they may warrant consideration.

Soap will be partnering with Droidifi to finish the SoapOS. Another positive result of this is all of Droidifi’s backers will all have access to this finalized version of Droidifi.

This is an excerpt from a recent backer update from SOAP, and in my estimation it was a major PR mistake. 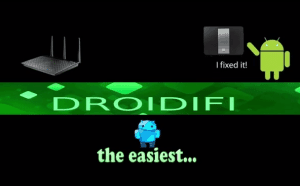 Why? Because Droidifi is almost a year late now in delivering on their own promised rewards after a $9,000+ raise. Why would teaming with a failed creator instill confidence? The SOAP team clarified the move in their most recent update…

We are not having our OS fully built by Droidifi. We are merely working with them to help develop some better versions of drivers and chipset support that we need for Android to run more smoothly on a router/tablet platform like Soap. As a byproduct the people that are waiting for their Droidifi product will be getting their product too. It really does a lot for our KS community as a whole and we thought you would appreciate this. These guys that worked on that project literally have more experience in this field and we welcome their support.

Even if it does work out in the long run for backers of both campaigns, in the short term the move does nothing to instill confidence. There are clearly backers and non-backers alike that are concerned with this team’s ability to deliver. Teaming with another set of creators who have already proven to overpromise and underdeliver… strategically questionable at best.

The SOAP Team is nonexistent in their own comment section

Again, this boils down to strategy. Although I sympathize with that old adage “don’t feed the trolls,” many of those active in the comments section aren’t trolls. They’re real backers (and increasingly former backers) with real concerns. It seems the SOAP team is using backer updates to address concerns en masse, but a one-or-the-other approach doesn’t seem to be helping. I think they could help to quell some of the frustration and concern by participating in their comments. If doing so only serves to make it worse, that outcome carries its own set of concerns for backers and potential backers alike.

Consider this quote from a Hackaday commenter…

Either damn them or exonerate them, either would be helpful, this is just more of the hot air and evasion people complained about. 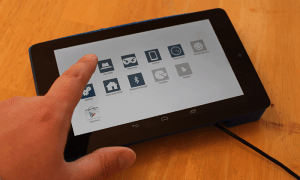 This is almost always impossible, and it isn’t in line with the ethos of crowdfunding. Furthermore and in my opinion, it isn’t the job of a journalist to draw that conclusion unless it can be proven beyond a doubt.

Journalists have a lot of power to sway and inform public opinion. That should be respected.

It’s up to the individual to weigh the evidence, make a judgement call and decide whether to back the project. In this way crowdfunding is a sort of meritocracy. That’s certainly the intention of Kickstarter. “Fund the projects you believe in,” as is often said.

There are a slew of allegations that are catalogued on Reddit here and in the comments at Hackaday here. If you go through those allegations and come away still willing to risk your money on this campaign and Kickstarter deems the campaign fit to continue, hey… more power to you. It’s your right.

Having said that, it’s clear that many have reassessed their original stance on the project, and the project’s funding has suffered for it. Either way, can we just leave the “scam or no scam” conclusions to the potential backers and the platform? Present the evidence in a balanced way and leave it at that.