Closing in on the £400,000 goal of its equity crowdfunding campaign on Crowdcube, Chupamobile Limited announced its website Chupamobile has reached £354,060. The site is described as the “Amazon for buying and selling Apps and Games.”

According to its idea statement, Chupamobile is “an online marketplace where people can buy professional apps and games built by Mobile App Developers, ready to customize and distribute on the App Stores.” 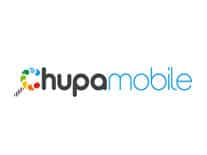 The website’s users may also sell high quality apps and games source code and make money by licensing it to everyone who needs to launch an app.  Last February, Chupamobile was featured on various sites including wire.com and Yahoo’s gaming section.

Last year Chupamobile’s co-founder Stefano Argiolas sat down with AppClover to share more details about the website’s history. “Everyone knowns that the mobile application market is huge, just think there are over one and an half million mobile applications available for iPhone or Andriod phones.”

Mr. Argiolas continued, “In the past six year I, along [with] the other Chupamobile co-founder Paolo De Santis, owned and managed a digital agency that developed several mobile applications for international clients such as Nike, 20th Century Fox, Nokia, Renaul and I was confronted with this problem too: That’s why we created Chupamobile. Chupamobile was born out of the immediate need for developers to access affordable and adaptable code.

“With Chupamobile, developers have the opportunity to shave dollars and hours in the development of mobile applications,” he added.

With the funds given through the campaign, Chupamobile is able to example its organization from 7 to 20 people; build new platform features; accelerate penetration into the US and other key geographical markets; improve marketing and distribution.

Chupamobile currently has 71 investors for this project and will only allow B shares at this time.