Funds Raised Will Go For Development of Tinder Style App to Connect Users.

Car-sharing startup GoCarShare has launched a second Seedrs campaign with the aim of crowdfunding a Tinder-style app, but for car travel.  The company is looking to raise £75,000 for their second equity round representing 7.3% equity in the small company.

The London based GoCarShare raised £50,000 in its first crowdfunding campaign, which closed in November 2013.  With a community of over 23,000 has created a marketplace for empty car seats. GoCarShare helps members connect with other like-minded people so they can share journeys and save money. 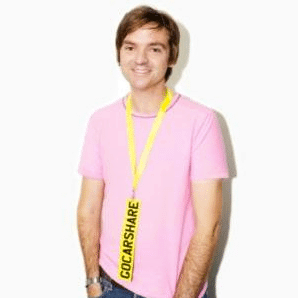 GoCarShare’s ambition to create a location-aware app that intelligently matches people with spare car seats and those looking for a lift is inspired by the success of dating app Tinder.

“Technology can be used not just to change the way people date, but the way that they travel too,” said Drummond Gilbert, founder of GoCarShare. “Car travel is expensive, frustrating and polluting. With an estimated 38 million empty car seats travelling around the UK every day, we need a better way of connecting people who want to reduce their motoring costs and meet new people – and that’s what we’re aiming to do with our new app.”

People using the GoCarShare website – relaunched in December 2013 – currently post their journey an average of 16 days before they travel, but the aim of the new app is to turn GoCarShare in to much more of an ‘on-demand’ solution.

With a busy summer of festivals and sport coming up, GoCarShare’s new Seedrs campaign will launch its campaign with the app due for release in June.

“We’re delighted that GoCarShare is working with Seedrs again to raise a second round of investment. The first project really captured the imagination of investors and I expect the company’s ambitious plans will generate a lot of new interest,” said Jeff Lynn, Seedrs’s CEO and co-founder.

GoCarShare is an active participant and pioneer of the Collaborative Consumption movement, helping ordinary people come together online to make better use of existing assets and resources.

“Many journeys made by GoCarShare users involve travelling to festivals such as Glastonbury, or sporting events like rugby and football games. What could be better than sharing a journey with someone new who you know has a common interest? We’ve heard many stories of friendships forged – and romances that have blossomed – as a result of GoCarShare,” said Gilbert.

“We want to help these people fill empty car seats, reduce the amount of traffic on the road and make travelling by car fun again. The benefits to GoCarShare users’ bank balance, as well as the reduction in carbon dioxide emissions, will help to make the world a better place,” he continued.