It’s been a long time coming, and now an representative from Oculus Rift virtual reality announced a headset for consumers may go on sale as early as next year. The Irvine, the management at Oculus VR and the company that was bought by Facebook for $2 billion earlier this year, revealed it would be “disappointed” it the product doesn’t have a headset available at retail for its “ordinary consumers” by 2016.  Oculus originally did a rewards based crowdfunding round on Kickstarter where they raised over $2 million. 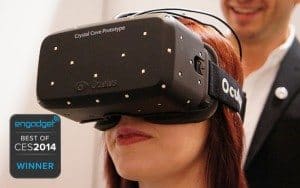 According to Business Insider, an Oculus product for consumers will be exciting for a couple of reasons. Almost everyone who has tried the device is completely blown away from the experience. It’s completely different from any other audio-visual gadget anyone has ever tried. The product will change the way video games are played. Once a consumer has played a game inside Oculus, going back to playing on a regular television will seem, in a word, “lame.”

Currently, the company is only selling its development kits to game creators, with its Oculus Rift Development Kit 2 costing $350 on sales. The units will start shipping to developers only in July of 2014. After that, Oculus VR will have to wait while those developers create games for the system. This process may take months to complete. Unfortunately, there has yet to be any word on the price for consumers. The company is in the midst of building a team to work on the marketing campaigns and branding for the Oculus Rift. 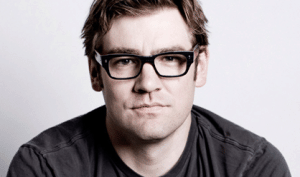 Meanwhile, Andreeseen Horowitz partner and investor in Oculus VR Chris Dixon admitted the version of the product inside the “Valve Room” of the Irvine headquarters is more power and impressive than the existing Crystal Cove and DK2 version that tests have been allowed to play with. “Crystal Cover is 50% of what they are running in L.A.”

The product may be impressive, but it still makes it obvious that consumers are in an animated gaming environment and doesn’t come close to reality. However Mr. Dixon stated, “What they in L.A. does. You go into a room. It’s a special room. Facnier headset. In user testing it gets to level of realism where almost all peope feel that it’s realistic. Imagine everything you can see now, but it’s a little bit pixelated. Eventualy that [pixilation] will go away.”

Mr. Dixon also admitted he believes Facebook CEO Mark Zuckerbeg bought the company after his experience with the product while in the “mysterious” room. The Oculus representative wasn’t as detailed about the room, but noted that the demo inside in it does feature a photorealistic experience that is so real even consumers who are very sensitive to motion sickness don’t feel it.

Once it becomes commercially available, Mr. Dixon explained, “There will be million in the U.S. military, police and fire station. Anything to do with training.”