Charles Moldow, General Partner at Foundation Capital, has declared that Peer to Peer (P2P) lending – part of the nascent crowdfunding revolution – is destined to hit the $1 Trillion mark by 2025 – a little more than a decade away.  Foundation Capital is a venture capital firm where “ventures matter more than the capital”.  Every partner at the group has toughed it out as an entrepreneur giving them a valued insight into the struggles of starting and running a startup business. 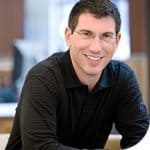 The P2P finance industry has been on a bit of a recent boom – both within the United States and abroad with industry leaders like Lending Club, Prosper and their brethren in the UK charting a path to swamp the geriatric banking model.

For centuries, banking has remained fundamentally unchanged. In the simplest terms …  banks played a part in the community, and served community needs.

Today, they do neither. Consolidation has created national mega-banks that are more financial mega-stores than they are pillars of the community.”

Moldow notes that in the 2000s US consumers paid an incredible trillion dollars in credit card interest alone – thus highlighting the inefficiency of the current model and the latent demand for a more efficient process to match lenders with borrowers.

“But today technology and innovation are making possible a new generation of financial services that are more affordable and more available. That’s why we believe what we’re calling marketplace lending will be a trillion dollar market by the people, for the people.”

We could not agree more.