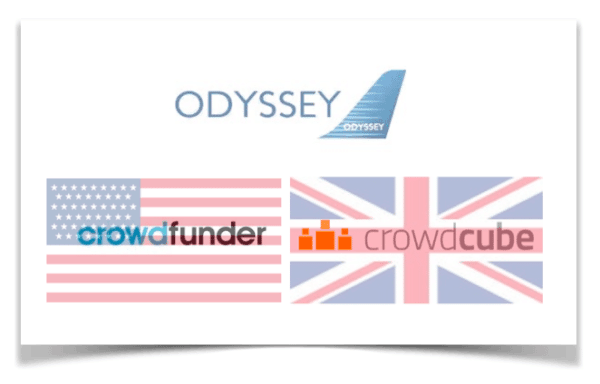 As we recently reported in Crowdfund Insider, Odyssey Airlines is the first company ever to offer equity crowdfunding in two different countries simultaneously.  This is the second part in a series about this “first” for the crowdfunding world.  In the United Kingdom, Odyssey is currently offering £1 million in equity for their company while concurrently in the US – they have offered one million in shares to investors. 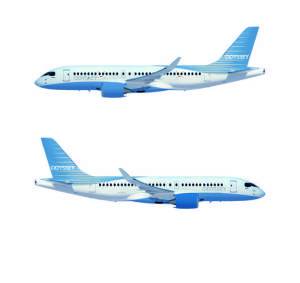 Odyssey is an airline startup that wants to disrupt the transatlantic routes by providing business class service at a more reasonable price.  Anyone who travels by air these days realizes that frequently sitting on a plane for several hours is more akin to an act of torture.  First class and business class fares can rarely be justified to a prudent company that is keenly watching costs – yet no one wants to feel like they have been locked in a crate for six hours when they land in London.  This is where Odyssey comes in.  The company has already raised a significant amount of capital from previous funding rounds but management sees value in crowdfunding – not just for the funds raised but also for the increased awareness generated by investor interest.

Sam Guzik, a regular contributor at Crowdfund Insider, is a noted securities attorney and JOBS Act expert, has been retained by Odyssey to represent their interests.  We recently reached out to Sam to get some insight on the unique offer – a type of securities placement that may become routine in the coming years.

The Odyssey offerings, in a way, present a simple case, from a regulatory compliance point of view.  The UK offering, on CrowdCube, was limited to UK residents in order to comply with both UK law and the requirements of CrowdCube.

Crowdfund Insider:  Do you believe this is a precursor to more companies taking a similar path to raise capital?

Sam Guzik:  I expect that cross-border, portal-based transactions will proliferate over the coming years, and these transactions will be of varied shapes and sizes.  With the Internet accelerating the flow of information globally, both investors and their capital will more easily migrate across national borders.  Recent empirical evidence supporting this is data presented by Economics Professor Christian Catalini, at the MIT Sloan School of Business at a Crowdfunding Roundtable I participated in on May 19, 2014. which was sponsored by the MIT Sloan School of Business.  One of the more significant findings supported by Professor Catalini’s data is the distance that investor funds are travelling in Title II (accredited investor) crowdfunding.  Specifically, his data reflected a trend of non-U.S. companies traveling thousands of miles and successfully utilizing U.S. portals.  The geographic epicenter of the funding, more often than not, was Silicon Valley.  I expect the opposite may be true when Title III crowdfunding (unaccredited investors) goes live, with many projects appealing to local investors.  Not so with Title II crowdfunding.

I also expect that there will be an increasing number of side-by-side crowdfunded offerings by companies engaging in simultaneous offerings targeted at different countries, as is the case with Odyssey.  However, depending upon the structure, there will be separate regulatory hurdles for a U.S. portal and its U.S. issuers to consider when reaching out to non-U.S. investors – some of them more obvious than others.

Of immediate note, a U.S. portal soliciting foreign investors will need to comply with the securities laws in the jurisdiction of the foreign investor. And it is possible, indeed likely, that there will be roadblocks abroad if the non-U.S. investors are solicited through public overseas-directed marketing efforts via the Internet.

There are also less obvious, thorny legal issues. One example – U.S federal anti-money laundering statutes (AML), which require a portal/issuer to verify the source of a foreign investor’s funds – something that could prove to be both cumbersome and costly.  Though I expect that these considerations could initially prove to be an obstacle to some international crowdfunding structures, I also expect that over time there will ultimately be new regulatory solutions to accommodate and facilitate cross-border crowdfunded offerings in their many shapes and sizes.  In any event, because cross-border or tandem international crowdfunded offerings present unique regulatory issuer, a portal or issuer considering these types offerings, they would be well advised to seek legal counsel well versed in this area.