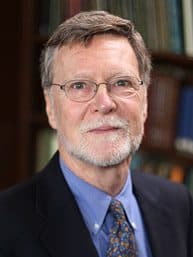 The Securities and Exchange Commission has announced it has named Mark J. Flannery as its chief economist and director of its Division of Economic and Risk Analysis (DERA), which provides analysis to help inform the Commission’s policymaking, rulemaking, enforcement, and examinations.

DERA was created in 2009 to act as the agency’s economic “think tank.”  Its staff has expertise in disciplines including economics, risk analysis, finance, law, mathematics, and statistics.  Due to an increase in the number of complex matters before DERA, its staff has grown to nearly 100, up from 60 in 2011, with further expansion planned for 2014.

Dr. Flannery, currently a finance professor at the University of Florida’s Warrington School of Business Administration, will begin his new post in September.  He replaces Craig M. Lewis who returned as a professor of finance at Vanderbilt University’s Owen Graduate School of Management.  Since Dr. Lewis left in May, deputy directors Scott Bauguess and Jennifer Marietta-Westberg have acted as co-directors of the division.

“Professor Flannery is a widely respected economist with extensive experience in many areas relevant to the SEC’s mission, including the regulation of financial institutions, corporate finance, private funds, and credit ratings agencies,” said SEC Chair Mary Jo White.  “His decades of research experience in the field of financial economics, as well as his work with other financial regulators, will be valuable assets as he leads the Commission’s strong team of economists.”

“I am honored to lead this group of economic experts and hope that my research and professional experience can assist the Commission in its mission to protect investors and make securities markets more efficient,” said Dr. Flannery.  “I look forward to delving into the important economic issues before the Commission and to applying my analytical and empirical tools to this regulatory arena.”

In addition to his teaching experience, Dr. Flannery has served on the Federal Reserve’s Model Validation Council since May 2012 and as a senior adviser at the Treasury Department’s Office of Financial Research since May 2011.  He was a resident scholar at the New York Federal Reserve Bank Research Department from 2009 to 2010 and has served on its Financial Advisory Roundtable since 2006.  Dr. Flannery also has been an advisory committee member of the Federal Reserve Bank of Atlanta’s Center for Financial Innovation and Financial Stability since 2009.  He was the co-director of the FDIC’s Center for Financial Research from 2003 to 2007.

Dr. Flannery has published research on a broad range of topics, including capital and banking issues, corporate finance, and systemic risk, and was the editor of the Journal of Money, Credit and Banking for five years.