Mayday PAC earlier ran a crowdfunding campaign that raised over $5 million as part of their project to buy back elected officials that are representative of the nation.  The organization announced today three of the congressional races they will be supporting while simultaneously announcing they will expand the number of races they will fund from 5 to 8.  Mayday PAC explained they will increase its campaign spending due to better than expected fundraising and broad citizen support.

The three candidates Mayday PAC will be supporting include:

With this announcement, Mayday PAC stated it continues to meet its commitment to work with candidates who support reform on both sides of the aisle. Mayday PAC will be communicating directly with voters in these districts with specific messages on political cronyism and reform. Mayday PAC will be working to make changing 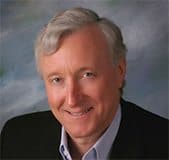 the way elections are funded a fundamental issue in each of these races.

Today Mayday PAC also announces the placement of its first radio ads in New Hampshire, in support of Senate candidate Jim Rubens. These ads make it clear to voters that the only way to reclaim our democracy and get government working again is to reduce money in politics. 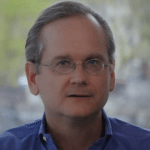 “Today we’re taking several big steps in Mayday’s plan to retake our democracy. All of our candidates are leaders on reform and, when elected to Congress, they will help us reach our goal of electing a Congress to pass fundamental reform of the way elections are funded by 2016,” said Lawrence Lessig, Mayday PAC co-founder with Mark McKinnon, Republican strategists.

“For both Republicans and Democrats, reform is a winning issue. Our expansion to eight targets is both a testament to successful citizen-up fundraising and evidence of this movement’s broad support,” added McKinnon.