Described as the worlds largest indoor rainforest, Cornwall based Eden Project, is raising capital on investment crowdfunding platform Crowdcube with a £1 million mini-bond offer.  The issuer hopes to raise a top goal of £1.5

million.  The four year security will pay investors a 6% annual interest rate in semi-annual payments.  The principle is expected to be repaid in a lump sum at the end of the term.  Investors may participate at a minimum level of £500.  The mini-bond went live today on Crowdcube and quickly jumped to over £200,000 as  investors quickly subscribed to the offer.  This is the 3rd mini-bond offered by Crowdcube with the two previous offers easily funding.

The Eden Project is an educational charity well known for their biomes housing the world’s largest indoor rainforest. The organisation is raising money to develop a home for their educational program and give young people their first taste of horticulture.   The issuing of the Eden Project Bond will enable Eden to access finance from its own supporters, as well as a crowd of registered investors and the general public.  Eden’s ambition is to re-purchase and restore two farmhouses and their outbuildings on the edge of the existing site. Eden will turn the collection of old buildings into a unique venue for teaching quality horticulture, cookery and food production. The learning village would also be surrounded by a new market garden.  The total cost of the restoration of the properties is expected to be around £3m and the mini-bond will allow the first phase to begin.

“We hope that people will join us on this exciting journey to create a fantastic educational facility. When complete, the learning village will give young people the chance to study and work in very special surroundings within the Eden Project.” 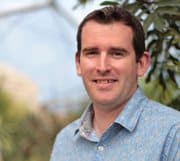 “The Eden Project Bond has a very simple idea at its heart – investors loan money to us, we agree to pay them interest annually and repay the initial investment when the Bond matures in four years’ time.”

Since opening its doors in March of 2001, total visitors have exceeded 16 million. Operating revenue for the financial year ending 31 March 2015 is expected to be in the region of £22 million. The Eden Proeject has captured accolades from around the world having been referred to by Homes and Gardens as “the most talked about garden on earth”, by The Times as “the eighth wonder of the world”, by New Zealand House and Garden as “a global must see” and by the New York Times as “a miracle”.

“It’s brilliant that the Eden Project has become the latest high-profile organisation to use Crowdcube to raise finance. Mini-bonds have emerged as a cost-effective and efficient way for well-established brands to raise growth capital and engage with their customers. By giving people the opportunity to invest in an organisation they love in return for a financial reward, mini-bonds encourage loyalty while also attracting new customers.”

“Eden is synonymous with innovation and community, which makes it a great fit for crowdfunding.”

The Eden Project is operated on behalf of a trust and any profit generated is reinvested into the trust.  Eden is a registered charity. 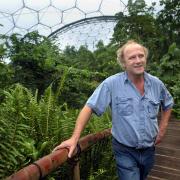 The Eden Project was founded by Sir Tim Smit who commenced the project in the mid 1990s.  The Guinness Book of records states the Biomes of Eden is the biggest conservatory in the world.  The tower of London could fit in the Rainforest Biome.   The covered Biome climates are constantly monitored and controlled. Approximately 1 million plants have been planted by the team of “extreme gardeners”.