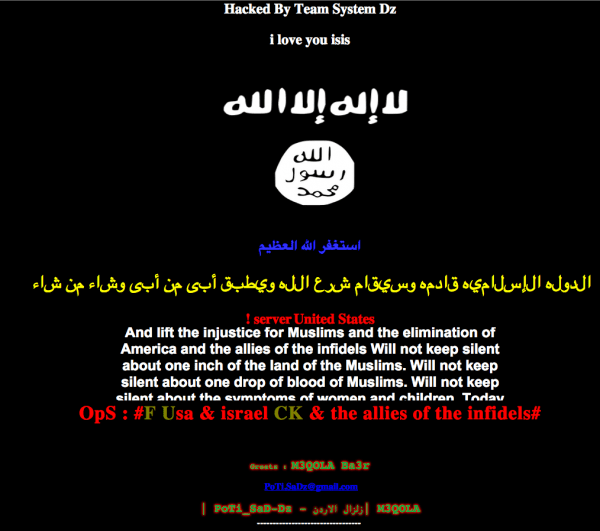 Two crowdfunding related sites ClickStartMe and CrowdItForward have been hacked.  The sites have been replaced with an “I Love You Isis” page.

The part Arabic and part English page advocates the state of Islam and the elimination of “America and the allies of the infidels”.  The hijacked page is accompanied by some Arabic music in the background.

ClickStartMe is a rewards based crowdfunding platform that was launched in 2012.  CrowdItForward is its sister site that is “charity based” that performs “random acts of crowdfunding”.  Both sites are associated with Kendall Almerico a leading voice in the crowdfunding industry.

The hacker is apparently “Team System Dz” and they are kind enough to share a contact email address for anyone who wants to reach out to them.