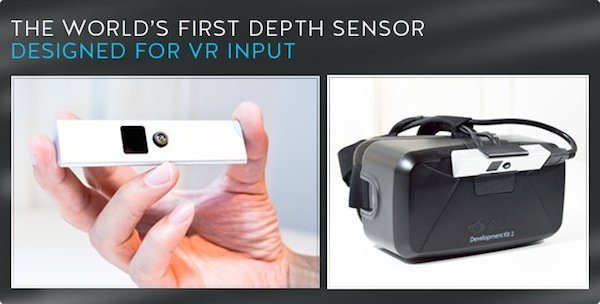 On Tuesday (October 28th), San Francisco-based Nimble VR, a virtual reality technology company, launched a Kickstarter crowdfunding campaign for Nimble Sense, the first depth sensing camera designed to enable the use of hands in virtual reality. The Nimble Sense creates the simple experience of having hands in VR by applying time-of-flight depth sensing technology and the world’s most robust skeletal hand tracking software. 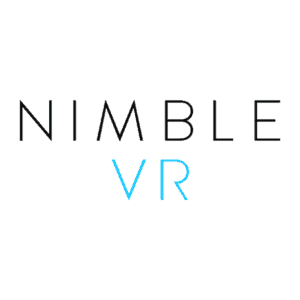 With its wide 110 degree field of view, the Nimble Sense camera is optimized for virtual reality interaction for the Oculus Rift DK2 and other upcoming head mounted displays. The camera system and a bracket for attaching to an Oculus Rift DK2 are now available on Kickstarter for $99 to early backers.

Founder of Nimble VR, Robert Wang stated,”The power of virtual reality puts you into a different world, and now with Nimble Sense you can bring your hands with you. Anywhere you look you will be able to see and use your hands with a new generation of games and applications designed to let you naturally interact in virtual reality.” 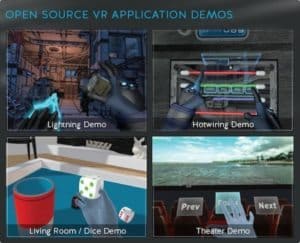 Developer of future dystopias and the VR game Technolust, Blair Renauld shared,”When you create realistic VR games, users are going to want to reach out and interact just like they do in the real world. I’ve tried just about every VR control scheme out there, and I have to say that the Nimble Sense is by far the most promising I’ve tried so far.”

“This degree of interactivity is essential for experiences like Ethereon where puzzles are the backbone of the game design and require an intricate level of interaction,” explained Tony Davidson, developer of the VR game, now on Kickstarter. “With only a few basic commands I’m able to define the interactions needed for a given puzzle by using the provided SDK – no other technology offers the ease of use or more natural form of interaction than the Nimble Sense – for both user and developer.”

“Having your hands in there with you in virtual reality takes immersion to a completely new level,” said Ryan Anderson, developer of the horror VR sensation Spectre. “I’m excited by how much scarier Spectre can become when you can literally reach out with your undead hands and steal the souls of your victims.”