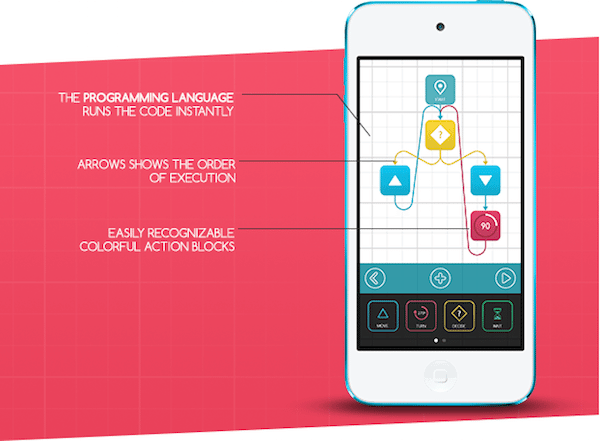 Codie, a startup with the mission to teach children the principles of coding, launched its crowdfunding campaign on Indiegogo to produce toy robots that make learning coding tangible, real and fun. 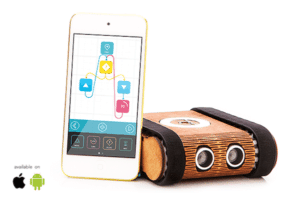 “We believe that learning to code shouldn’t stop at the edge of a screen. With Codie, kids jump into an authentic experience that’s educational and engaging. Using Codie, kids easily create programs and get instantaneous feedback through the robot’s actions. During product development, groups of schoolchildren time and again expressed their amazement with Codie.”

The company aims to raise $70,000 during its Indiegogo campaign, of which more than one third, $25,000 was funded in the first two days. The funding will finance Codie’s first production run, with delivery scheduled this fall. Codie robots are priced at $160 with a number of special packages available.

Kids control the Codie robot with a touch-screen app featuring a custom, visual coding language. That intuitive language organizes robotics code into action blocks. By arranging action blocks on the app interface, children create programs without using a keyboard. This enables kids to start building their first programs in minutes. 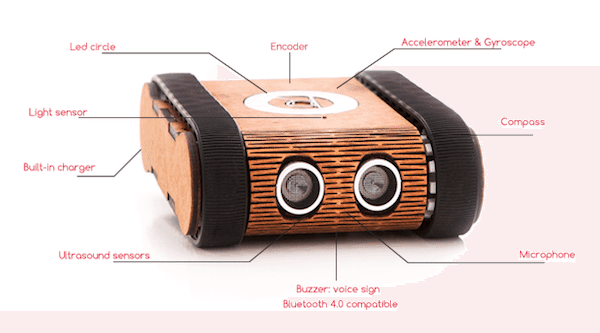 As children master the basics, the Codie app introduces more advanced programming concepts like loops and subroutines at appropriate times. By progressing alongside each child, Codie continues to challenge and engage its 8-to-12-year-old target age group.

The Codie robot merges the warmth of traditional wooden toys with today’s most advanced technology. Its strong, bonded-wood housing is precision milled and packs in sensors that measure distance, acceleration, direction and more.

In playing with Codie, children become familiar with logical thinking and problem solving, the basis of all technology. Many organizations now recognize coding as the new literacy, including the Berkman Center for Internet and Society at Harvard University. Codie’s founders are advancing the movement by getting kids coding at a young age. 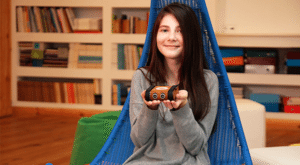 “A basic coding knowledge is becoming increasingly important as technology develops. We saw that current tools on the market were only scratching the surface. With Codie, we created a platform that erases the tediousness of learning to code by introducing the main principles of programming step by step and keeping it fun.”