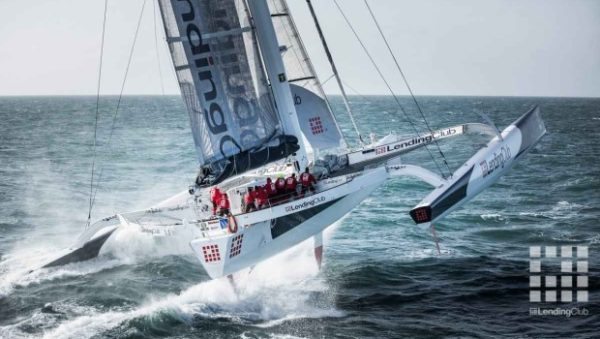 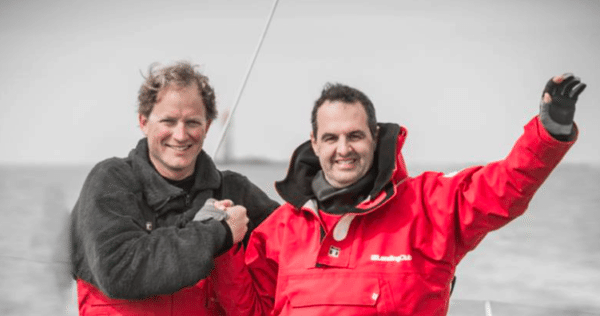 It was only four days ago that the WSSRC ratified Lending Club 2’s record-setting passage of early April from Cowes to Dinard (across the English Channel) to confirm their place in the sailing record books; Guinness World Records has also confirmed that they will include the record. That 138-nautical mile passage, at an average speed of 26.36 knots, was completed in 5 hours and 15 minutes, 8 minutes faster than the previous record which had stood since 2002.

The Lending Club Sailing team had been on standby at Newport Shipyard for a week while the crew prepared the boat and waited for suitable conditions, a moderate reaching breeze and manageable sea conditions which allow Lending Club 2 to reach speeds over 40 knots. They crossed the starting line at Castle Hill Lighthouse at 05 34 40 UTC (1:34:40 EDT), making roughly 5.5 knots. Three and a half hours into the passage, they had reached speeds of 30 knots, and by the 12 hour mark were half-way to their destination. At 04 44 32 UTC (1:44:32 EDT), the new record was set, an electrifying 15 hours faster than the old record, by virtue of Lending Club 2 averaging 27 knots over the 635 nautical miles. 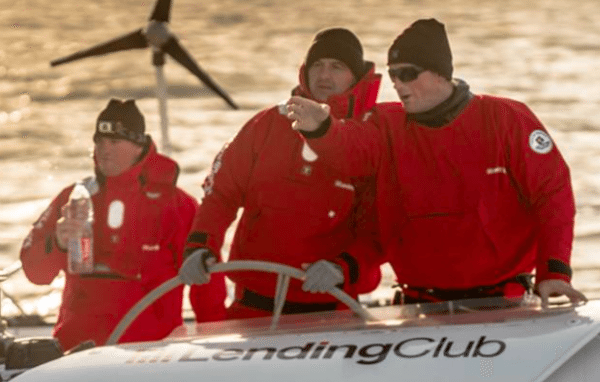 “We set our sights on three speed sailing records for the 2015 season: Cowes-Dinard, Newport to Bermuda, and the 2,215-nautical mile Transpac,” said Laplanche, who had surpassed 40 knots during the passage. “Newport to Bermuda was a challenging 23 hours, 9 minutes and 52 seconds. We have had an exciting ride down here, and with two new world records now under our belts, we’re more primed than ever for the Transpac.”

Until today, the record for the Newport to Bermuda passage had belonged to the late adventurer Steve Fossett for 15 years. Fossett’s record time of 38 hours, 35 minutes and 53 seconds was achieved on the 125’ catamaran Playstation in 2000 at an average speed of 16 knots.

“Steve Fossett was a great sailor who I had the honor to sail with on Playstation,” said Breymaier, a member of the Royal Ocean Racing Club. “We are very happy to honor his memory with such a fast time! He would have been content to see his mark bettered with such a great time. We’re thrilled with the record we set today, it’s fantastic to have the wind at our back as we head to the Transpac.” 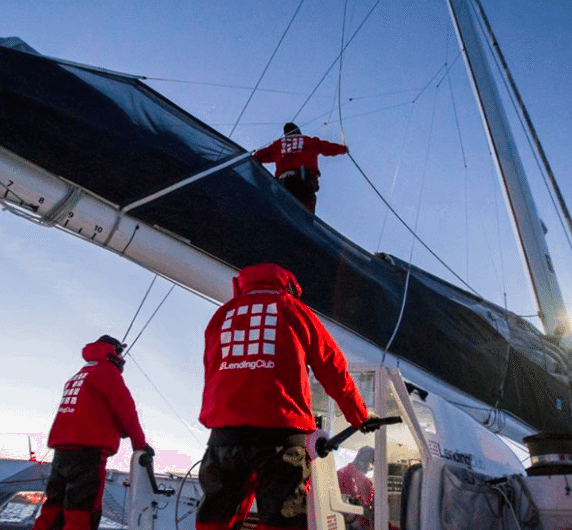 Laplanche, best known for turning the world of finance upside down by launching Lending Club – the world’s largest peer to peer lending platform, personally chartered the 105’ trimaran (originally launched as Groupama 3 in 2006) for the three record-breaking attempts in 2015. With success in the first two attempts, focus will now shift to mid-July’s Transpac, the longest ocean race in the world. At stake is not only the Transpac course record but also the outright sailing speed record across the Pacific to Hawaii.

Lending Club 2 will return to the City by the Sea following the Newport-Bermuda passage and remain at Newport Shipyard until the end of April. The yacht will then head to New York for a week before sailing through the Panama Canal to arrive in San Francisco in June. 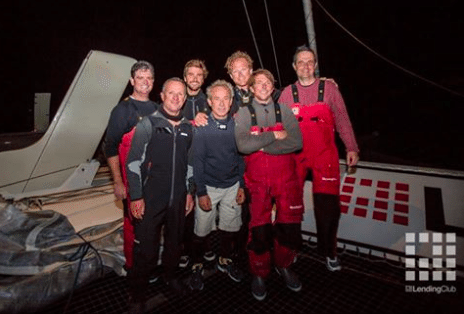