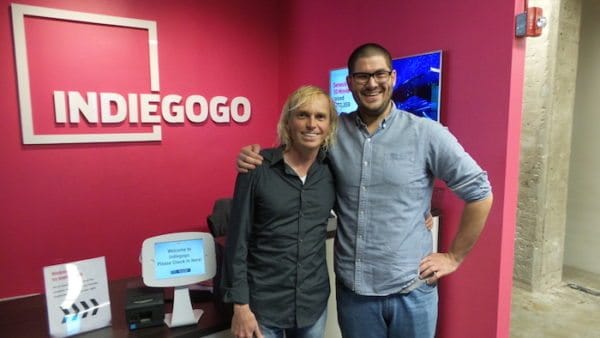 Indiegogo’s second most-funded campaign of all time has taken more twists and turns than one could imagine. From improbable crowdfunding mega-hit, delivered by a Californian surfer, to questions, controversy and accusations of contractual fraud.  Perhaps it is time for a touch of disbelief. 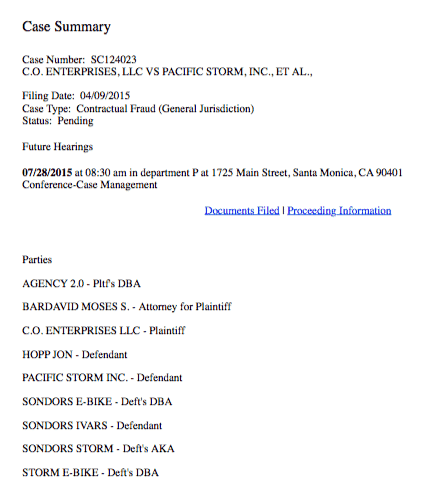 The Storm eBike, quickly renamed Sondors eBike due to trademark issues, had all of the potential and makings of a crowdfunding success. Most highly successful rewards-based campaigns achieve lofty numbers because they have hired a specialized team to manage the project.  Sondor’s eBike early on hired Agency 2.0 to run the show.  The marketing firm is well-known in the crowdfunding space and has an established, symbiotic relationship with Indiegogo. After all, Indiegogo generates more revenue on more successful campaigns. The eBike campaign was fully funded on April 2, generating over $5 million.  Now operating as an InDemand e-commerce project on Indiegogo, sales are around $5.7 million as purchases continue.

Last week Crowdfund Insider reported on a civil lawsuit filed in the Superior Court of California, where Agency 2.0 accused the team behind the Sondors eBike of contractual fraud.  According to the filing, which is public information, Agency 2.0 listed the following as defendants: Jon Hopp, Storm or Ivars Sondors, plus Pacific Storm Inc. It came to light, thanks to others digging around the web, that Ivars Sondors has a fraud judgement against him in the amount of $39,456, once again for fraud.  This case filed by ToyJobs was back in 2011.  In case you were wondering if ToyJobs ever collected, they have not.  An email to the President of ToyJobs quickly clarified the situation, “Our collection action is ongoing.” 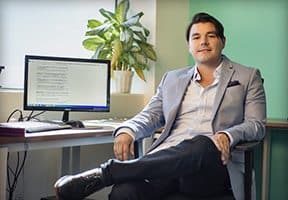 Earlier this week Crowdfund Insider spoke with Jonathan Chaupin, COO of Agency 2.0.  He worked closely with Chris Olenik on the Sondors eBike Indiegogo campaign. The story he shared was one of hard work and persistence on their part, sensing the eBike concept, and associated low price point, could be a killer campaign.

The Agency 2.0 model, at least for this campaign, was to front much of the initial funding with the explicit agreement to recoup costs and fees during, and at the end, of the campaign.  A portion of the success for a consumer product like an eBike requires aggressive marketing – something that is expensive.  Agency 2.0 was willing to commit to the project because they believed in it, and at least initially, they believed in the pair of Jon Hopp and Ivars Sondors.  The understanding was 5% of revenue would go to marketing like Google Ads etc. Following the completion of the campaign Agency 2.0 would receive 10% of gross revenue generated on top of the 5% for promotion. This is after Indiegogo has collected its service fee from the accrued funds. During the campaign, as the project started generating traction, Agency 2.0 started requesting funds to cover the cost of marketing. According to Chaupin, Sondors bounced not one check – but three, all designated to cover campaign expenses.

At one point Agency 2.0 told Ivars they were going to stop working the campaign.  Apparently this had the appropriate effect as a cashier’s check showed up at their office the very next day, which was quickly deposited.

I asked Jonathan at what point did he start to question Ivars. He said that during a scheduled trip to San Francisco he made, where Ivars drove up a prototype eBike, on the day of return he received a call from Ivars.  The car Ivars had been driving had been towed (apparently, the car was borrowed). Ivars had no money to pay to get it off the impound lot, and he did not have a drivers license, so Ivars asked Jonathan, if he could help him out. Agency 2.0 picked up the tab and asked someone (with a valid drivers license) to drive the car off the lot. This all appeared a bit odd to Jonathan.

During the campaign, according to Jonathan, there were periods where Ivars withdrew $50,000 at a time from his PayPal account, which occurred multiple times. While the funds certainly could have been taken out for valid reasons, I can understand if this caused some internal concern. Asked if he was aware of the previous fraud judgement agains Ivars, Jonathan stated they discovered this fact only after the campaign began – something that was unveiled by the diligence of the crowd.

Jonathan affirmed they want backers to get their bikes. The agency has many friends and family members who committed to the campaign. They want every party involved in the project to receive what they deserve.

I asked, what of Jon Hopp? He was once a prominent partner on the crowdfunding campaign, and at some point was quietly removed.  Jonathan did meet Jon in the beginning, saying that when they first met the duo, they appeared to be the best of friends. He understands now that there has been a fissure in the relationship, apparently instigated by Ivars wanting Jon out.

Crowdfunding Insider has contacted all parties with only two not responding: Indiegogo and Ivars / Storm.  Ivars’ new PR company did acknowledge our request, but stated Storm was in China and not available quite yet. Ivars did respond to inquiries by the LA Times, recently stating; 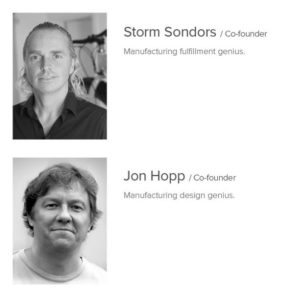 As for Indiegogo, the party line is as follows: “This dispute between a campaigner and a third-party service provider has nothing to do with Indiegogo.”

In a rather candid discussion with Jon Hopp, he shared that he had been hoodwinked and trusted Ivars when a bit of caution would have been better.  Jon stated bluntly, “I feel like I was had.”

“Sondors seems to not value his reputation much if at all. That worries me. I have little choice but to disassociate myself from Sondors,” said Hopp.

I asked Jon when was the last time he had contact with Ivars. He replied,

“Last time I had contact? When the attorneys took over. Mid-February.”

“Around mid-February he came to me and said that I was problematic to the process of the agency. Sondors told me, that the agency was threatening to quit if my input and presence was going to continue.” 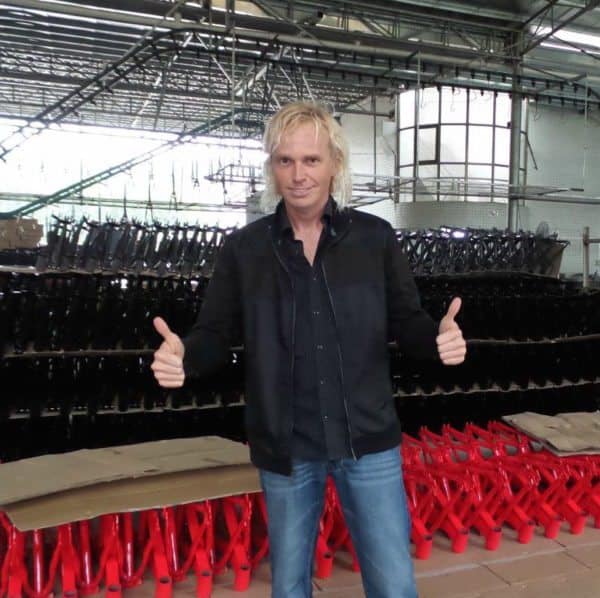 Jon states the original concept of the eBike was his alone. Ivars was someone he knew from his regular surf routine. Malibu-based, Jon can walk to the beach.  Ivars was a regular at the same location and they became acquaintances while riding waves.

At one point, Jon, a self-described gear head and eBike fan, decided to create a prototype eBike along with another friend. He invested approximately $6,300 in developing the concept. Simple frame. Fat tires and a direct drive.  It was this bike that Ivars saw Jon riding when the idea for a budget eBike was concocted.  According to Jon, Ivars said he had good connections in China and with big US retailers – and between the two of them – this could be a hit.  As we now know, he was right.

And when did things change with Ivars?

“Right around $2 million is when Ivars’ normal characteristics completely changed.”

Allegedly this was the time frame when Ivars made his move to get Jon out. Jon said,

“I was surprised when Sondors offered to buy out my interest, mid-campaign… that’s when I realized …”

According to Jon, the offer Sondors made to get him out was unacceptable. Now, even worse, he finds himself in a lawsuit as a co-defendent with someone he clearly no longer trusts. This lawsuit is costing each side, and every individual, substantial money. Is Sondors using campaign funds to pay his legal bills?

“He seems to have an amazing ability to ignore the promises he makes,” said Jon. “I have no idea if Ivars will deliver as promised, nobody does. But …. if he could keep one promise I hope it is to the backers.”