During the final hours of its crowdfunding campaign on Kickstarter, Helen Greiner’s CyPhy Works successfully secured over $900,000 from 1,514 backers for its product, the LVL 1 drone.

As previously reported, the drone is designed to be 100% user-friendly and accessible to just about anyone, including new drone users. The development team shared: 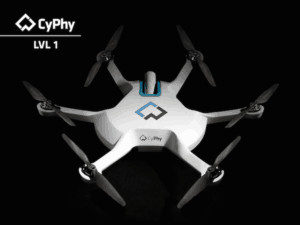 “Other multi-rotor drones have to tilt in order to move. This creates swaying motion in the video which requires elaborate, expensive, and fragile mounts in order to stabilize.

“Worse, because in these drones the camera— the most expensive part of the drone— is the closest to the ground, any hard landings hit the camera first. Enter, Level-Up. This revolutionary technology changes everything. Our drone never tilts, allowing it to snap perfect pictures and stable video every time. By eliminating tilting, the drone handles intuitively, with an unrivaled out-of-the-box experience. 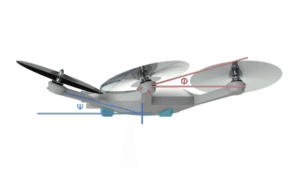 “Thanks to its special shape, our LVL 1 simplifies aerial photography. There’s no complex, expensive stabilization mount or vulnerable camera. You’ll take stunning pictures with ease. Not to worry, if you want to fly loops or rolls, Level-Up can simply be disabled, allowing you to push our drone to its full aerobatic potential.”

Other features of the LVL 1 include Level-Up Level Flight Technology; Intuitive Controls; Real-Time Sharing; User-Defined Geo-Fencing; 20+ Minutes of Flight Time; and Rapid USB Charging Smart Battery. It will also have an iOS and Android App.

During a recent update, the team shared their excitement for the campaign’s success:

“We are thrilled by your massive show of support – 1,514 backers pledged $882,478 for our LVL 1 vision. But we’re not celbrating, not just yet. We have scurried back to work to complete the LVL 1 design and polish it for manufacture. We are also working on our Kickstarter Stretch Goals.”

They also thanked backers for suggesting various ideas for the new drone such as:

“We will be staying in touch with our Kickstarter backers, providing status and progress updates so you can watch your drones being ‘born.'”