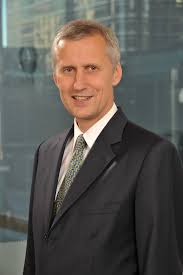 Martin Wheatley, the current FCA CEO, has announced his departure from the regulatory agency as of September 12, 2015. Wheatley will continue to advise the FCA board until January of 2016. Tracey McDermott will be taking over as Acting CEO from September 12 while the search for a permanent Chief Executive takes place. Wheatley’s departure was confirmed when Chancellor Osborne decided not to renew Wheatley’s 3 year contract.

Wheatley released a statement on his departure;

“I am incredibly proud of all we have achieved together in building the FCA over the last four years. I know that the organisation will build on that strong start and work so that the financial services industry continues to thrive.”

Wheatley, a veteran of the financial industry, joined the FCA (in its previous incarnation of the FSA) as managing director of its Consumer and Markets Business Unit in 2011. He took the helm of the FCA and its new mission during a pivotal moment in the evolution of UK financial markets.

“Martin has done an outstanding job as Chief Executive setting up and leading the FCA over the last four years. We owe him a lot and I and my Board would like to thank him for his great efforts in setting up the organisation and for the contribution he has made to putting conduct so firmly at the top of the financial services agenda.

“We all wish Martin well and I am pleased that we will continue to benefit from his wisdom and expertise over the next few months.”