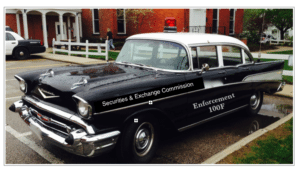 Lost in all of the excitement of last weeks’ announcement from the SEC on Title III crowdfunding rules was a case of crowdfunding fraud.  According to the Securities and Exchange Commission, the agency halted a “fraudulent oil and gas crowdfunding scheme”.  The SEC has frozen the assets of Joey Gabaldon and Ascenergy.   The complaint states that Ascenergy had been soliciting on websites including Crowdfunder, Fundable, EquityNet, Angel.co (AngelList) and its own.

According to an article in Forbes, Ascenergy started raising capital as early as 2014. 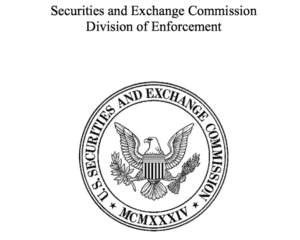 The SEC states that Gabaldon and Las Vegas-based Ascenergy saw a civil action filed against it for offering fraudulent oil and gas investments.  The US District Court for the District of Nevada has entered into a temporary restraining order halting the offering.  There was also an order freezing the defendants’ assets and the assets of relief defendants Alanah Energy LLC and Pyckl LLC.

The complaint by the SEC alleges that, since at least 2014, defendants have engaged in a deceptive scheme on crowdfunding websites and the company’s website to solicit investors to purchase overriding royalty interests in undeveloped oil and gas wells. According to the complaint, Ascenergy has raised approximately $5 million from approximately 90 investors. Ascenergy has already spent at least $1.2 million of the offering proceeds, but only a few thousand dollars appear to have been used for oil and gas-related expenses. Instead, the complaint alleges that a significant part of the $1.2 million has been spent on payments to Mr. Gabaldon or companies he controls, or for expenses unrelated to the oil and gas business. Further, immediately after the Commission subpoenaed Mr. Gabaldon, Ascenergy allegedly transferred $3.8 million — virtually all of the remaining offering proceeds — to Pyckl LLC, a San Jose, California company that has no apparent connection to the oil and gas business.

The Commission contends that Ascenergy has also made multiple, material misrepresentations about the company and the nature of the offering. Ascenergy allegedly falsely holds itself out as a credible energy company, and it presents the investment as a novel and extremely low-risk opportunity that will essentially guarantee investors out-sized returns. The Commission’s complaint alleges that, in reality, Ascenergy is, at best, offering a high-risk investment in undeveloped and unproven conventional oil and gas wells.

The actual complaint filed by the SEC is below.