This week, crowdfunding platform, Tilt, announced it is making the final preparations to launch globally starting in November by hitting five additional international markets by early 2016.

Tilt, which was founded in 2012 by James Beshara and Khaled Hussein, recently placed a foothold in the European market with rollouts in The United Kingdom (August) and The Netherlands (October). By the end of 2015, the platform will have reached six countries in under six months, with France launching in early 2016. 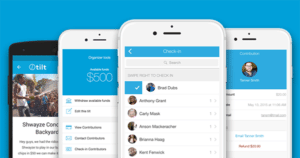 “Tilt is pioneering what crowdfunding looks like in a mobile world. Despite the publicity crowdfunding has received in the last 5 years, there are still only a couple hundred thousand people that have successfully started a crowdfunding campaign. By taking crowdfunding mobile, bite-sized and mainstream, Tilt is unlocking the true potential of collective empowerment in a world with 2.5 billion connected devices.

“International expansion is another step towards Tilt’s mission as a company: to power the collective creation of the world around us. The United States represents 4% of the world’s total population – to succeed in this mission there must be a focus on markets outside of the US.

“Tilt’s international expansion is fueled by the rapid growth the company has seen over the past year, with 40 percent month over month growth on university campuses and the launch of more campaigns daily than any other crowdfunding platform. In fact, the platform is used every 15 seconds around the globe.”

Also explaining the “methodology behind the markets.” Tilt noted:

“Tilt is thoughtful about the international markets it chooses to expand into, considering countries that look at two key criteria: ease of entry and likelihood of the local market adopting Tilt. The successful 2014 Canadian launch was Tilt’s first international market and it informed the company’s international development strategy. The UK is ramping up even faster than Canada did, taking just four months to achieve the  volumes of transactions that took Canada 10 months.”

Countries at a glance 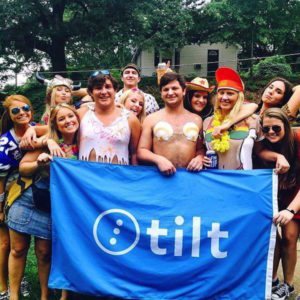 According to Social Times, Beshara stated that Tilt is similar to other crowdfunding platforms but built specifically for groups and a mobile use case. He then added:

“From those that join, people will split off and create their own Tilts from that. It’s just a very social product that you have to invite friends to use and it’s really led to a lot of our growth.”