Kicking off its new How to Crowdfund series, crowdfunding platform Crowdfunder UK revealed the first step to using the funding method. 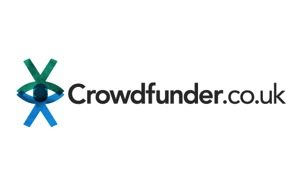 “Most of the actual exposure and building of a movement around the project should happen outside the crowdfunding platform before the project is launched. Be prepared to invest a minimum of twice the duration of your campaign in campaign pre-planning.

“Research other projects that are crowdfunding for similar projects. Find out what they did right and apply it to your own project. It’s important to research both successful and failed projects, so you can identify what they got right and see if they could’ve done better and learn from those mistakes.”

While sharing details about the pre-launch timeline, the crowdfunding platform noted:

“Begin researching, strategizing and building up your target audience at least three to four months before launching your actual project, because it makes up the foundation upon which all later elements of your campaign will rest. If you take shortcuts or skip steps, you’ll find you will have to work harder than you should have to. Being efficient, organized and disciplined will make a huge difference in the outcome.”

The pre-launch timeline includes the following: