Hoping to land back into good grace with some of Coolest Cooler backers, the creator of the highly anticipated Kickstarter cooler, Ryan Grepper, announced this week he and his team resolved the motor issues that are causing the product’s delivery setbacks. 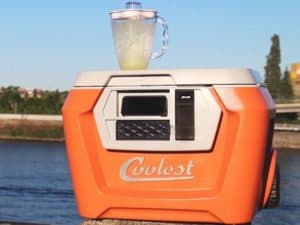 Grepper previously revealed that the backers will now receive their coolers in April 2016 due to a recent issue with the original motor factory that was on a strike:

“Two weeks ago I shared a major challenge facing Coolest production; the company that makes our motor for the Coolest went on strike and stopped production. This really caught us by surprise as this is a high quality motor company that manufactures and supplies major brands around the world.

We spent so much time testing this motor to make sure it would stand up for the long life of a Coolest, and it really felt like a sucker punch to have our supply suddenly cut off without warning. Since swearing loudly didn’t seem to fix anything we realized the only way to move on is to march forward. Here’s what we’ve done:

1. We reached out to four motor manufactures to get samples to test as replacements. The Coolest motor has more speed and torque at our voltage than almost any similar sized motors, plus it also needs an internal fan to keep it cool. Only one of these four manufactures even currently even sells a motor in this configuration, and luckily they’ve been the most responsive in getting us samples quickly. 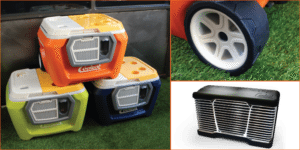 2. We started testing this motor and, knock-on-wood, the initial tests look good. The speed/torque curves are very similar, and even under a heavy blending load it’s not overheating. This is amazing news, especially given how many motors failed this test last fall.

3. Two days ago we began an expedited abuse test to make sure if we put this motor in your Coolest it can handle your next 5+ years of vodkarita and smoothie needs. This means blending 384 full pitchers of our ‘Abuse Recipe’… this to works out to enough blended drinks to fill four 6-person hot tubs. Not sure why hot tubs should be the unit of measurement, but the point is it’s a lot of damned blending.”

4. If things look good by early next week we’ll place a first PO for this new Coolest motor, and the motor supplier will get right to work making motors for us. Unfortunately the process to make these motors in volume is expected to take four weeks, which puts us back in production right around the week of December 20th. In parallel we’re still hopeful the strike will end at our primary supplier and we can start up earlier, but we’re not holding our breath.

Hindsight is always 20/20, and I’m kicking myself that we didn’t have a second motor supplier in place before this as a back-up. Given the first motor company’s reputation and quality level we just didn’t imagine this was a realistic scenario, but the lesson has certainly been learned.”

Now, Grepper has shared in a recent update earlier this week: 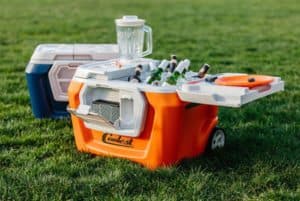 I hope this message finds you in the holiday spirit and relaxing and recreating with friends and family. I wanted to share some good news, a product upgrade, and make the final bit of waiting for some of you a little easier.

1. Motor issues solved! Two great pieces of news to share. First, the original motor factory has resolved their strike, and our Coolest motors are towards the front of the line as they ramp back up. As you know, this strike issue delayed our production this Fall and Winter and many loyal backers are still waiting on their shipments. We couldn’t be more relieved. We’ll run spot checks on the motors again to verify that quality hasn’t slipped post-strike, but our hopes are high and we’re excited to get back into full production for you. Also, one of the two other motors we’ve been testing has successfully completed our Motor Abuse testing (800+ pitchers), so we now have a second source for a Coolest qualified motor backup.

2. New drain plug. During the production downtime caused by the strike, we’ve taken the opportunity to fully evaluate our manufacturing process. In this Coolest/Countdown post from October, we discovered that some coolers had drain plugs that were not tightened all the way and a small number that still leaked*. We’re refining the tooling for the drain plug to resolve this issue.

3. Production start date. As you can imagine, manufacturing more motors and plugs takes time for quality control. We should have new motors in stock, and the improved drain plug completed by the third week of January and be able to turn on production by the week of January 25th. There’s a two week window right around then where all factories close down for Chinese New Years, but we’ll be back up and running full speed again by at least February 15th.

4. We hear you – waiting is hard. Everyone wishes the strike had ended sooner but it was out of our hands. I do want to tell you how much I appreciate your patience with the ever-learning journey of this Kickstarter process. On behalf of my team, I thank you for your understanding and sharing of your positive comments and feedback. You have no idea how much you keep us going. 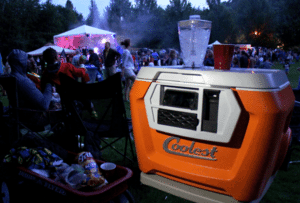 The worst kind of waiting is when you don’t know when your wait will be over. Many backers have shared this frustration, and we’re trying to do something to help take the sting out of this final bit of waiting. With the strike over and full production resuming soon we’re now elbow deep in the fulfillment data to find a better way to show and share our progress. By the end of January we’re committing to email those of you who haven’t received their Coolest yet and give you a way to find out when you can expect your Coolest to show up on your door.”

Although this might help some backers coop with the waiting, others are still pretty frustrated with the Coolest Coolers recent actions, including the recent announcement of the product being available on Amazon.

Backers showed their irritation about the situation by giving Coolest Cooler 1-star ratings on the online merchandiser.