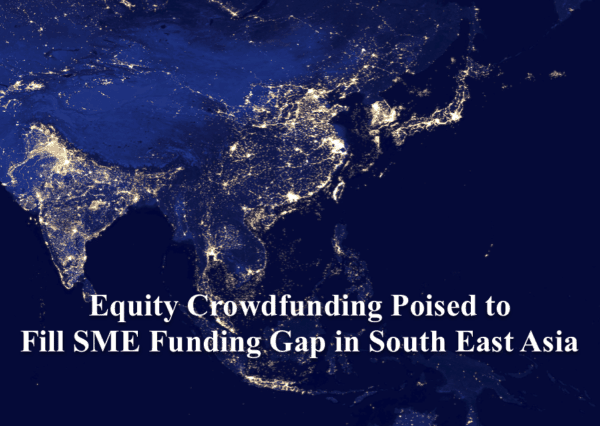 Southeast Asia (SEA) represents a burgeoning regional economy comprising of 11 countries with a consolidated GDP of US$2.57 trillion (that’s approximately 15% the size of the US economy), and a combined population of 620 million people. It’s no wonder that there’s a buzz around the potential that the region presents; growing populations, rising wealth of the middle class and a track record of 5.23% GDP y-o-y growth since 2011 form the core pillars of the SEA growth story.

It’s also little surprise that these economies are comprised of an overwhelming number of small-medium enterprises (SMEs), and this mix continues to drive the growth engines of SEA. These SMEs contribute between 88.8% to 99.9% of the total number of businesses in SEA, and 51.7% to 97.2% of total employment.

Yet, studies by the Asian Development Bank reveal a funding gap in almost all SEA economies: only 18.7% of total bank lending were to SMEs in Asia, and this has been a decreasing trend since the global financial crisis of 2009. To understand the scale of this unserved segment, a whopping 9 million SMEs do not have sufficient access to financing.

The swell of new business births, as well as the barriers to traditional financing, represent the cradle of crowdfunding — borne of a combination of foreign innovation and domestic requirements, a good number of companies in SEA have embraced the equity crowdfunding (ECF) phenomenon. One needs to look no further than regulatory progress and government support across the region as evidence of crowdfunding’s status as a real business solution.

Varying degrees of support exist for crowdfunding in the region, specifically for equity-type structures. The 4 countries that have made the most progress are Malaysia, Thailand, Singapore and Indonesia. 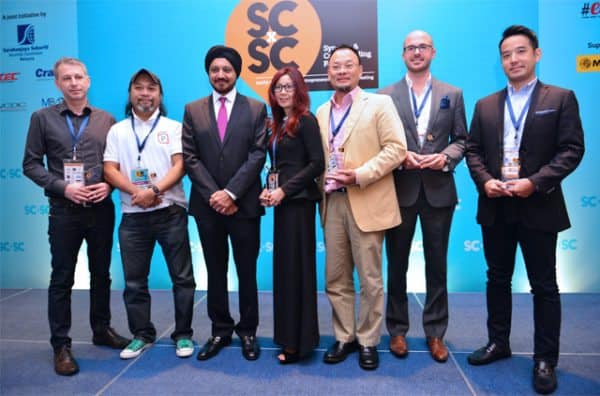 Malaysia was first off the blocks in the region, by passing amendments to its Capital Markets and Services Bill 2015 (CMSB), and officially endorsing 6 licensed aerators for crowdfunding in June 2015. This came just 9 months after the Securities Commission (SC) released a public consultation in August 2014. Inherent to the expedience of the Malaysian Government is the recognition that ECF is an important avenue of early-stage financing to complement the existing pools of capital from venture funds and private equity. It is also part of the SC’s strategy for inclusivity and to diversify the well-established MYR 2.8 trillion capital market.

As an investment product accessible by retail investors, the regulations had to set certain boundaries to protect the interests of the less-sophisticated crowd. Companies can raise up to RM 3mm (~US$856,000) in any 12 month period and RM 5mm (~US$1.42mm) in total through ECF platforms, while investors are limited to investments of a maximum of RM 5,000 (~US$1,210) in each company and no more than an aggregate of RM 50,000 (~US$12,100) each year.

In addition, the CMSB imposes a six-day cooling off period, within which investors may withdraw the full amount of their investment. Whether such restrictions and “circuit breakers” achieve the fine balance between managing the risk exposure of retail investors, while fulfilling the insatiable funding needs of startups and private business, remains to be seen. 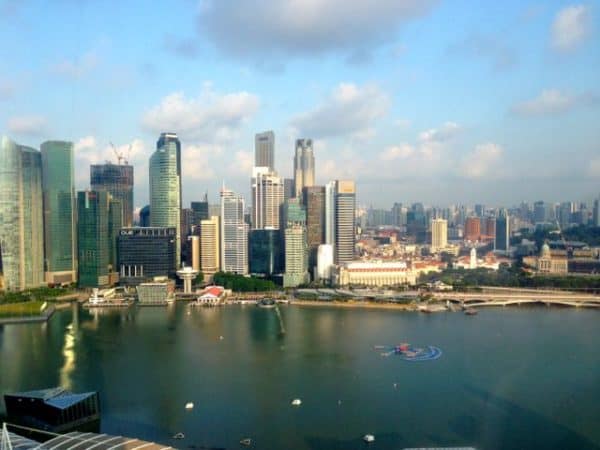 On the other end of the spectrum, neighboring Singapore takes a very different view on ECF and the risks involved. In the Monetary Authority of Singapore (MAS) Consultation Paper published on February 2015, MAS only allows accredited investors (AIs) and institutional investors (IIs) to access securities-based crowdfunding. The definition of an AI in Singapore is an individual with whose net personal assets exceed in value the minimum amount of S$2mm (US$1.51mm) or whose income in the preceding 12 months is not less than S$300,000 (US$226,600). While this might seem a dampener for the prospects of ECF in Singapore, it is important to note that Singapore is one of the fastest growing countries in the world for High Net Worth Individuals (HNWIs) and Ultra High Net Worth Individuals (UHNWIs).

Singapore’s status as a regional hub for wealth management avails large pots of capital that startups and private businesses in Singapore can seek in principle. Equity crowdfunding leverages technology to provide an efficient means of reaching out to such HNWIs or the family offices that manage their wealth. However, the Singapore market is still waiting on the regulations on ECF to be released. MAS has taken constructive steps towards that, forming a new work group to develop strategies and formulate regulation around the use of FinTech. This initiative is part of Singapore’s vision of being a Smart Financial Centre, looking into “technologies that can be applied pervasively to create new opportunities and improve people’s lives”. 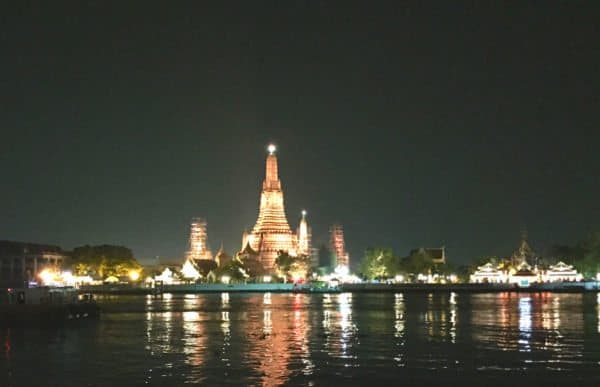 Besides Singapore and Malaysia, Thailand and Indonesia have also moved ahead with revising regulations to accommodate the advent of ECF. Thailand has taken a similar approach to Malaysia, allowing retail investors to access this investment product. Retail investors can invest up to THB 50,000 (~USD$1,520) per offering of each issuer, and a maximum of THB 500,000 (~USD$15,200). However, professional investors are not limited to the amount of investments made. As for Indonesia, the OJK (Financial Services Authority) declared in October 2015 that it would announce a countrywide crowdfunding regulation soon. According to the Chairman of the OJK, it would “be simple and allow startups open access to funding”.

Despite the regulatory progress in 2015, it is still early days for ECF platforms in SEA, as the concept of investing in early-stage companies and private businesses is still in the nascent stages of adoption. While Rewards-based crowdfunding (Kickstarter, Indiegogo, and other local players) has already taken off, the opacity previously experienced in the regulatory landscape was an impediment to both implementation and adoption of ECF.

We continue to monitor the regulations and the growing ecosystem in preparation for the conditions and implementations that will bring about an explosion in funding opportunities for SMEs regionally. With clarity and progress from a regulatory perspective, the foundation of the ecosystem has been laid; this will continue to develop and facilitate the adoption of ECF in SEA. Coupled with the ubiquity of the World Wide Web, the aspiration that investors from all around the world can participate in the growth companies of SEA with a simple click of the “Invest now” button, might soon be a reality. 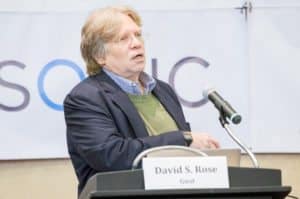 The proliferation of ECF in the region could not  have come sooner; as a regional investment crowdfunding platform, Fundnel has been approached by hundreds of companies in SEA looking for early-stage financing, citing difficulties in their fundraising efforts and process. David Rose of Rose Tech Ventures shares some insightful statistics: VCs typically invest in 1 out of every 400 companies they evaluate (that’s a 0.25% chance of getting picked up, if you’re a business owner), whilst angel investors have a higher hit rate of 1 in 40 companies. The positive headlines reporting funding success in the media outlets today mask a darker reality: many, many SMEs and entrepreneurs are not able to access capital from angel investors, venture capital funds or banks.

More than just a form of alternative financing, crowdfunding represents perhaps the only realistic channel of legitimate external funding for many businesses in SEA. It is this verity that ushers in the investment crowdfunding imperative for SEA, a new paradigm of funding that in the most simple of words, is a need and not a want. 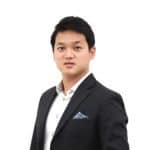 Benjamin Twoon is co-founder and Country Director for Fundnel, Asia’s ﬁrst collaborative fundraising platform that connects promising private businesses with opportunities via a growing community of investors and the collective power of the crowd. Ben is a truly global citizen having worked in 5 different countries for companies such as Citibank, Citi Ventures and Pavilion Energy. His love for travel and investing in emerging markets supplements his sense of adventure. In his free time, Ben can be spotted in Bali where he has co-founded two lifestyle venues. 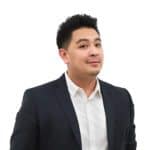 Justin Chow is co-founder and Chief Marketing Officer for Fundnel. Justin has never had just “one job” since graduating, and he’s somehow managed to set up F&B and retail businesses whilst helping his clients develop marketing strategies. Justin previously worked for OgilvyOne as a Strategy Consultant. He was formerly Managing Director of Jekyll & Hyde and founder of Mani•Cur•Ious. He also believes that an intense session on his Playstation 4 completes his day.