Earlier this week, David Alvarado and Jason Sussberg, the filmmakers behind the upcoming Bill Nye Film documentary, announced a production update to their Kickstarter backers. The project surfaced on the crowdfunding portal last summer and slowly reached its initial $650,000 goal. By the end of its campaign, the project captured $859,425 from 16,850 backers. 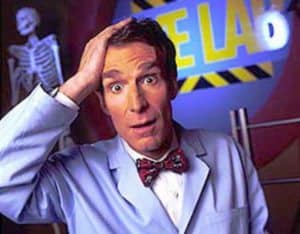 “We had a great production trip to Seattle, the city where Bill began his career as a mechanical engineer, spent nights and weekends doing stand up, got his start in TV, and found the collaborators who made Bill Nye The Science Guy. We kicked off our shoot in Everett, Washington at the Boeing factory, where planes like the 777 and 747 are built. Bill once worked here as a mechanical engineer, and he told us the factory still smelled exactly the same as he remembered it.”

The filming duo shared they visited with some of Nye’s friends and collaborators, which include Pat Cashman, the voice of “Gee, I don’t know Bill” on the Science Guy Show. 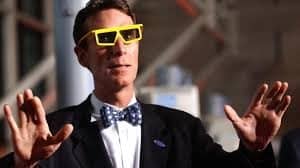 “We also hung out with two of major creative talents on the show, creator/directors Jim McKenna and Erren Gottlieb. They took us to Bad Animals, the legendary recording studio where bands like Nirvana and Soundgarden have recorded, and where they did all the sound design for The Science Guy show. We sat down with Sound Designer Tom McGurk and learned how they came up with the awesome audio for the show. It was way cool.”