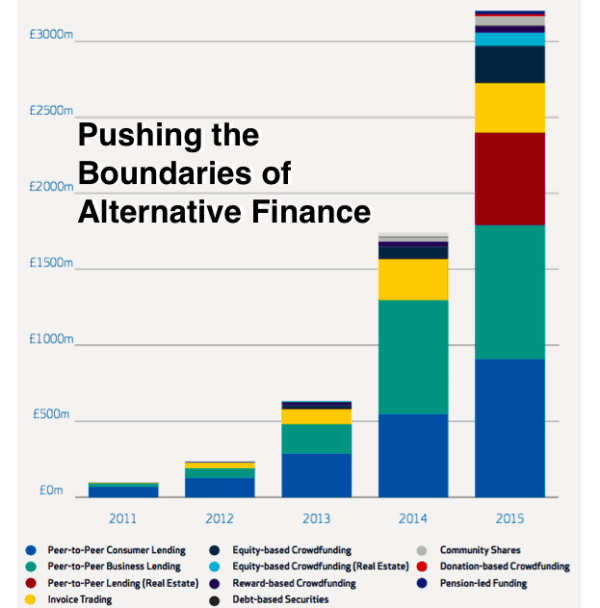 The University of Cambridge Centre for Alternative Finance and Nesta have released their much-anticipated report on alternative forms of finance tracking results for 2015. The research was completed in partnership with KPMG and with the support of CME Group Foundation. Entitled”Pushing Boundaries”, the research is the definitive measure of industry growth across all forms of internet finance including peer to peer lending and crowdfunding.

This is the third year the report has been compiled by Cambridge / Nesta.  The document chronicles the growth, and evolution, of the young sector of finance in the UK but also remains a testament to the potential of internet finance for the rest of the world. The UK has been widely lauded as an innovator in alternative finance arena as the industry has seen assistance from both elected and appointed policy makers.

Robert Wardrop, Executive Director of Cambridge Centre for Alternative Finance, said the growth of alternative finance was not surprising given the fact the new forms of finance are quickly moving mainstream.

“One of the key drivers underpinning this development is the growing institutionalisation of the sector,” stated Wardrop. “The Cambridge Centre for Alternative Finance is proud to shed light on this fascinating and dynamic industry, to help inform policymakers, regulators and the general public about how these areas of finance are increasingly becoming part of our everyday economic life.” 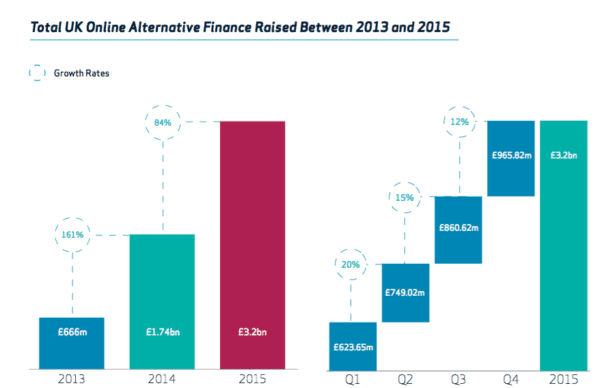 The authors of the report; Bryan Zhang, Tania Ziegler and Kieran Garvey from Cambridge, along with Peter Baeck and Jonathan Bone from Nesta, have compiled conclusive data that will remain a reference point to the benefit of industry participants, and government officials, for the years to come.  The combined effort saw the participation of 94 alternative finance platforms capturing over 95% of the “visible UK online alternative finance industry”.

The positive news for the industry is that it continues to experience impressive growth.  According to the research; 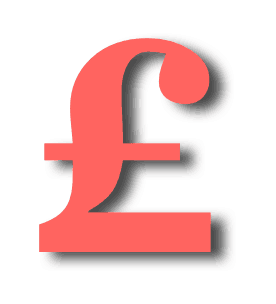 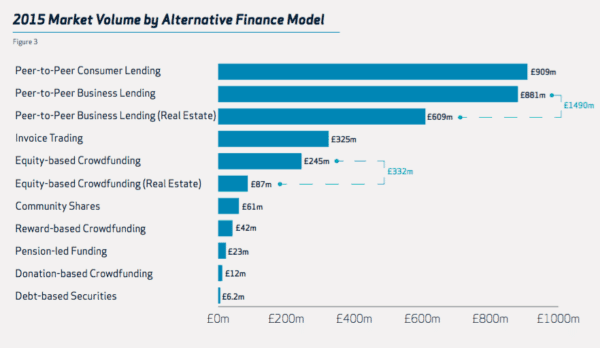 It must be noted that industry participants are broadly supportive of the regulatory approach incorporated by the Financial Conduct Authority (FCA). Appropriate regulations are not only required to assure investor protection but also to foster an environment where innovative fintech may bloom. The regulatory regime for new finance participants garnered the support of the vast majority of UK platforms;

“When asked what they thought of the existing regulation of peer-to-peer lending and equity-based crowdfunding, more than 90% of platforms, for which this was relevant, stated that they thought current regulation was adequate and appropriate.”

There are caveats to the phenomenal success of the disruptive finance sector in the UK. The document also highlights challenges and some concerns; 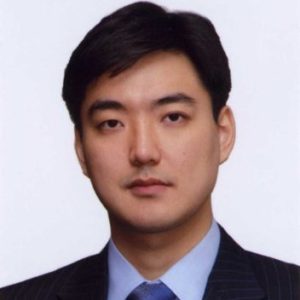 Crowdfund Insider spoke briefly with report author Bryan Zhang, who is a Director of the Cambridge Centre for Alternative Finance. Zhang explained that their research is indicative of the evolving ecosystem.  “The industry is simply pushing boundaries .. it is maturing and becoming more complex,” stated Zhang.

P2PFA Chair Christine Farnish called the report a testament to the fact that P2P is challenging traditional financial firms;

“Today’s report shows not only how the market is evolving, but it demonstrates how significant the alternative finance industry has become to consumers and small to medium-sized enterprises. In only a matter of years, peer-to-peer business lending and invoice trading is playing an important funding role for thousands of creditworthy SMEs, while the growth in peer-to-peer consumer lending is challenging the traditional banks and building societies.” 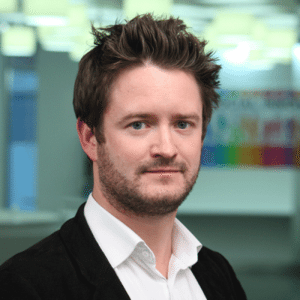 Stian Westlake, Executive Director of Policy and Research at Nesta called 2015 another remarkable year for the growth of alternative finance in the UK but cautioned on possible future hurdles.

“As the sector grows, it is sure to face challenges. In the coming year, as equity crowdfunded businesses mature, investors will be on the lookout for evidence of actual rates of return. If the economy turns sour, backers will learn more about the quality of peer-to-peer loans. Bad news on either of these fronts will be a challenge for the industry. We are also likely to see incumbents playing an increasing role: both mainstream financial institutions, who are seeking to learn from their new competitors, and institutional funders, who are providing significant amounts of the funds available on a growing number of platforms,”stated Westlake.

The authors believe the industry is going through a period of transformation. The increasing complexity and evolving business models have led to “more questions which merit further exploration”.

The document alludes to the question as to the interrelationship between traditional finance and alternative finance. Old finance is being compelled to change and update processes and services.  This is good for the consumer but how will the industry evolve?

“…how will the industry manage the relationship between institutional and retail funders? Will incumbent institutions (e.g. banks) behave and operate increasingly like alternative finance platforms and vice versa?” 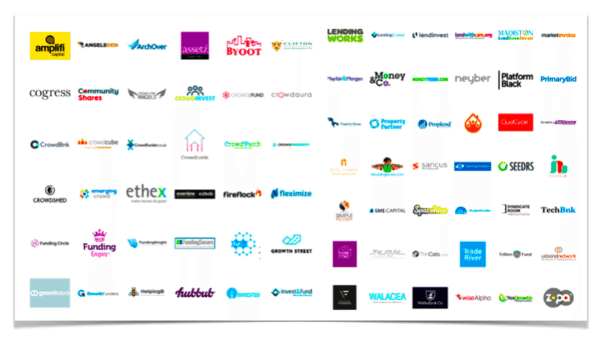 Internet finance is, at its best, a more efficient and transparent operation that provides access to capital for those in need and access to investment opportunity to individuals previously excluded from certain sectors.  The success of equity crowdfunding will be measured in coming years as the results of funded firms become more apparent. Platforms need to embrace the risky nature of investing in early stage companies as many will fail.  Hiding from the truth will do more to undermine the industry instead of  buttressing the rationale behind raising capital online. Investors must be directly engaged so they fully acknowledge the risk as well as the potential for reward.

Time is necessary to further measure the economic benefits of alternative finance. The early data remains promising but the sector is still quite young.  Risks remain in both the short term, and the long run, that may impede sector growth.

So will new finance inevitably come to resemble that what it seeks to replace? This is a concern among some industry followers as platforms start to mature. Nesta and Cambridge close their report by stating;

“Through continued research, we will be able to determine whether the new paradigm that the industry is trying to fashion, is really that different to the status quo and whether the frontiers can be further expanded upon and boundaries pushed beyond their assumed limits.”

These are big questions that remain unanswered but will certainly be revealed in the coming years.