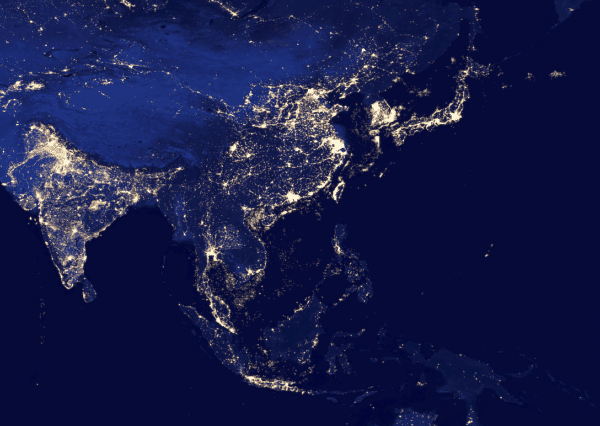 The Asia-Pacific Alternative Finance Benchmarking Report has just been published and it highlights the largest region in the world for disruptive finance. Entitled, “Harnessing Potential”, this is the first report for the region and has been created by a partnership of researchers, including the Cambridge Centre for Alternative Finance, the University of Sydney, and Tsinghua University. The document was said to “invite more questions than it can provide answers to” while dissecting the largest alternative finance market in the world – China. 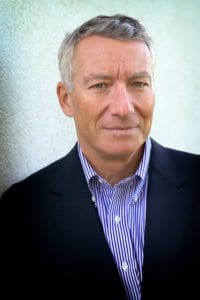 “Our title for this year’s report, ‘Harnessing Potential’, reflects the common challenge that all countries in the region face regardless of the state of alternative finance development: the challenge of harnessing, or taking control and making use of, alternative channels of finance to enable innovation, creativity and inclusion in their respective economies.”

Professor Kong Ying, Dean of Social Sciences and Management at the Tsinghua University Graduate School at Shenzhen, explained that new forms of finance remain in their infancy.  Academicians, policy makers and industry participants are still learning;

“This report provides us with a helpful starting point to objectively and quantitatively examine this industry here in China and more widely in the Asia-Pacific region, in turn, contributing to regulatory and academic research.” 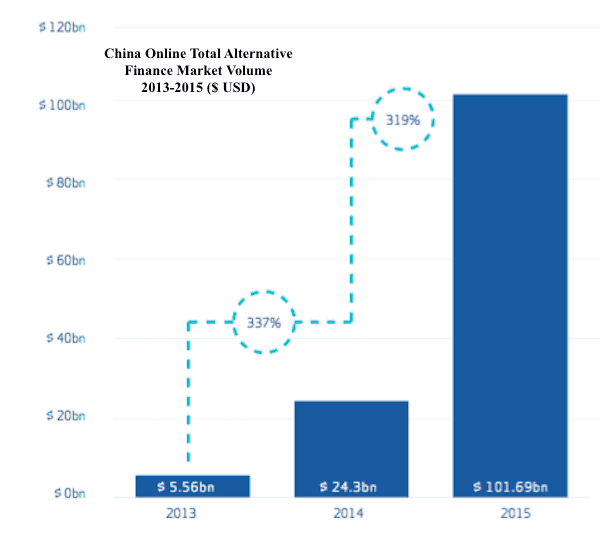 The researchers covered all parts of Asia and received data from 17 countries in the region. These countries included mainland China, Japan, South Korea, Australia, New Zealand, Singapore and Hong Kong. It also included some of the fastest growing developing countries in the world – including India, Indonesia, Malaysia, the Philippines and Thailand. 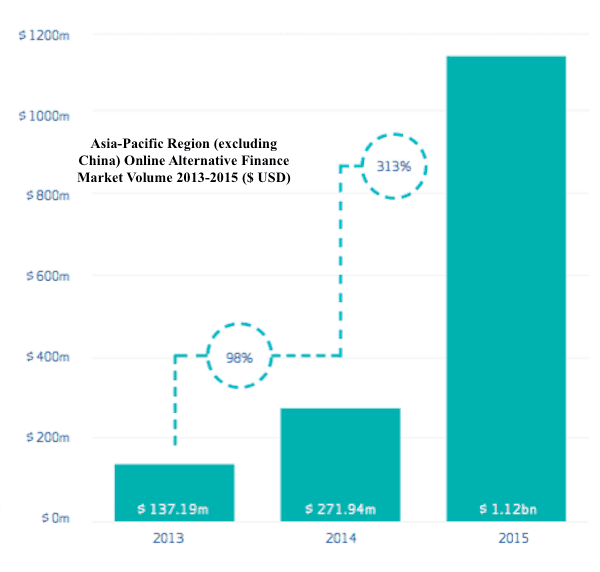 According to the authors, the dramatic growth of internet finance is exemplified by China as it claims about 99% of total volume in the Asia Pacific region. To quantify this percentage, China generated approximately $101.7 billion (RMB 638.79 billion). In comparison, the UK market looks rather tiny at only £3.2 billion (USD $ 4.5 billion) in 2015. China’s growth of internet finance has been spectacular.  Starting from a base of USD $5.56 billion in 2013, this amount jumped to USD $24.3 billion in 2014 and then pegged the aforementioned USD $101.7 billion in 2015. This is an average rate of growth of 328%. The usage has been fueled in part by the dramatic rise of the mobile internet with a world leading connected population of 685 million individuals. 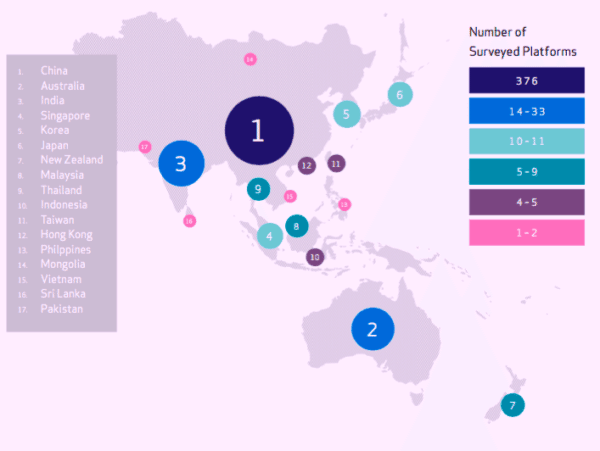 A total of 503 platforms were tallied with 376 of these sites coming from mainland China. Platforms included; peer-to-peer/marketplace lenders, equity crowdfunding as well as rewards/donation-based platform. As one would expect, the P2P sector drove the most business – again with a dominant China.

Overall the numbers break down further as follows:

While institutional money has played a growing role around the world in marketplace / P2P lending, in China only 10% comes from institutions. Alternative lenders have filled the “large institutional gap” in providing access to finance for consumers and SMEs. To combat fraud by online lenders in China, recently proposed regulations will compel platforms to hold funds with registered financial institutions. This new escrow approach is expected to a barrier to entry while compelling a round of consolidation within the industry.

The authors state that Asia-Pacific is a market that is “fluid, diverse, increasingly complex and growing at a rapid pace”. The challenge is how to “nurture” this growth to create a sustainable ecosystem the supports innovation and benefits consumers and businesses. The regulatory environment is evolving rapidly with some countries choosing to adopt “bespoke” rules for internet finance while other countries have applied existing regulatory regimes to alternative finance.

As Crowdfund Insider has come to expect from other similar reports, the information provided  is exceptional and an important tool for all industry participants and policy-makers. The research leaves many remaining questions which will hopefully be answered soon in following years. Some of the important questions include:

The group of researchers admit they do not have answers yet, but they hope to be part of the policy-making process going forward to help realise the full potential of alternative finance across the broader Asia-Pacific region.

The Report is embedded below in both English and Chinese.