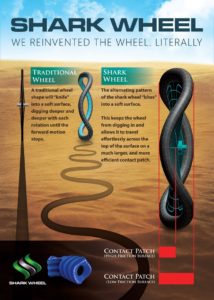 Investment crowdfunding platform StartEngine has circulated a note indicating the month of July was a good one for business. Reportedly, 15 new issuers listed on the crowdfunding site.  A quick trip over to StartEngine shows 33 live investment opportunities split between Reg A+ and Reg CF.

Under Reg CF there are the following offers:

Shark Wheel actually visited the Shark Tank back in 2015 and raised some money from three of the Sharks.

StartEngine is the second largest crowdfunding platform in the Reg CF space. According to one report, StartEngine has raised just shy of $10 million under the new exemption. Six of the successful campaigns has raised the maximum amount allowable under Reg CF – $1 million (recently increased to $1.07M).