Legion M, a fan-owned entertainment company, says it has extended the deadline for their second round of funding until Sept. 2, 2017. The company said it was adding an additional week to accommodate demand from fans.

According to the campaign page on Wefunder, Legion M has raised $1.95 million on a goal of between $500,000 and $50 million – the max allowable under Reg A+. Currently 3710 shareholders have committed to buying shares at $7.47 each. 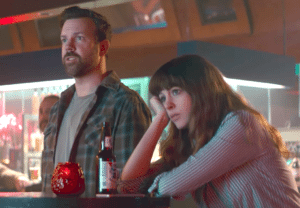 This is not the first crowdfunding round offered by Legion M. The company previously listed a Reg CF offer that raised the max amount of $1 million while adding over 3100 investors. Legion M says it expects to launch its next funding round later in 2017.  During the anticipated break from active fundraising Legion M said it will focus on developing its current slate of projects, which includes the unscripted series Pitch Elevator, the VR interview series Icons: Face to Face, and horror anthology The Field Guide To Evil. They will also look to acquire and develop new properties in the film, TV, and digital spaces.

Legion M was created in 2016 by Paul Scanlan and Jeff Annison, two of the founders of MobiTV. The company is using crowdfunding legislation to become the first media company built from the ground up to be owned by fans. Legion M’s mission is to unite 1 million fans to bring original film, TV and virtual reality projects to market. Legion M produces films, TV shows and other forms of digital entertainment.Their first feature film, Colossal, stared Anne Hathaway and Jason Sudeikis.