On Tuesday, Biz2Credit announced the release of its latest monthly analysis, which revealed that Business loan approval rates at big banks ($10 billion-plus in assets) hit another post-recession high in September 2017.

According to the report, Small business loan approval rates at big banks improved two-tenths of a percent to 24.8% in September, up from 24.6% in August and setting another new high for the Biz2Credit Index. Meanwhile, approval percentages at small banks also rose one-tenth of a percent last month to 49.1%, a slight uptick from August’s 49.0% figure. Biz2Credit CEO Rohit Arora, stated:

“If you are seeking small business loans, you have a better chance now at securing funding than at any other time since the Great Recession. Big banks are approving nearly a quarter of the applications they receive from small businesses. Small banks are doing a lot of SBA loans, and institutional lenders are on the rise. The small business credit market is robust at the moment for anyone who has a decent credit history.”

Biz2Credit also noted that Institutional lenders’ loan approval rates improved by one-tenth of a percent in September to 63.9%, a new high for the category. Arora also shared:

“Now that President Trump’s tax proposal has been unveiled, business owners are hoping that the cuts will further stimulate economic growth. The stock markets are strong, jobs are being created, and oil prices have dropped further. All of these factors instill confidence in business owners who are contemplating start-up or expansion financing.” 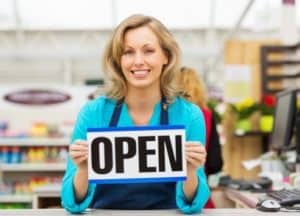 “Alternative lenders still play a valuable role in small business finance because they provide funding to businesses with poor credit scores or no credit history at all. They make quick decisions and accept higher levels of risk. However, they charge higher rates than other types of lenders.”

Biz2Credit then noted that loan approval rates at credit unions remained stagnant at 40.3%, which remains the low mark for this category of funders on Biz2Credit’s index. Arora added:

“Credit unions still lag behind other types of lenders in their technological upgrades, and they are still handcuffed by the credit union member business-lending (MBL) cap, unfortunately. It’s an ongoing issue for them.”