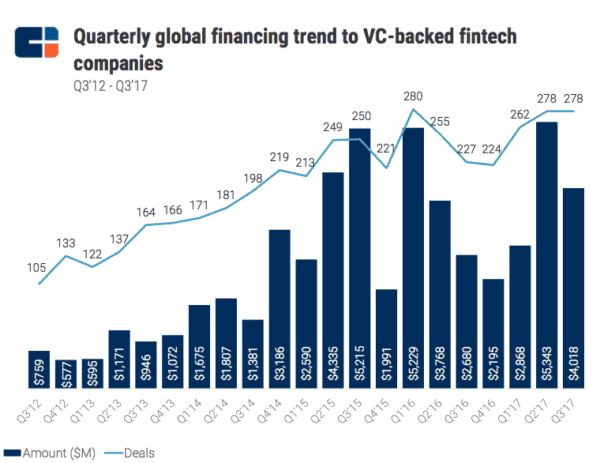 CBInsights has published their Q3 report on the global Fintech sector. According to their research, VC backed Fintech firms raised $4 billion into 278 deals during the quarter. While the number of deals held steady, the funding amount dipped from Q2 2017 which was a record quarter.

Here are some bullets from the report:

The report in its entirety is available here.