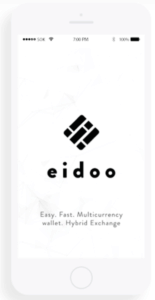 Eidoo, a multi-currency wallet, hybrid exchange and token sale engine, announced that Eidoo tokens (EDO) will be listed on Bitfinex, a Bitcoin trading platform, against the pairs USD and Bitcoin.  The announcement follows a successful token sale that apparently raised $27.9 million on October 16th. Eidoo said it is accelerating its development road map to integrate a hybrid exchange, a Bitcoin wallet, an Eidoo-branded debit card, and other services that will enable customers the convenience of having  a single mobile app where they can buy, sell, convert and spend digital currencies with ease.

Eidoo said that margin trading for these pairs will be enabled gradually, as the order book develops sufficient liquidity. EDO will be listed on the exchange with a starting price of $2.30 as the token sale price was. Eidoo supports Ethereum and all ERC20 tokens automatically, so there is no need for users  to set up a new wallet every time.

Eidoo says the net revenue from all the value-added services linked to the Eidoo app will be collected in EDO tokens by a public smart contract that will divide it as follows: 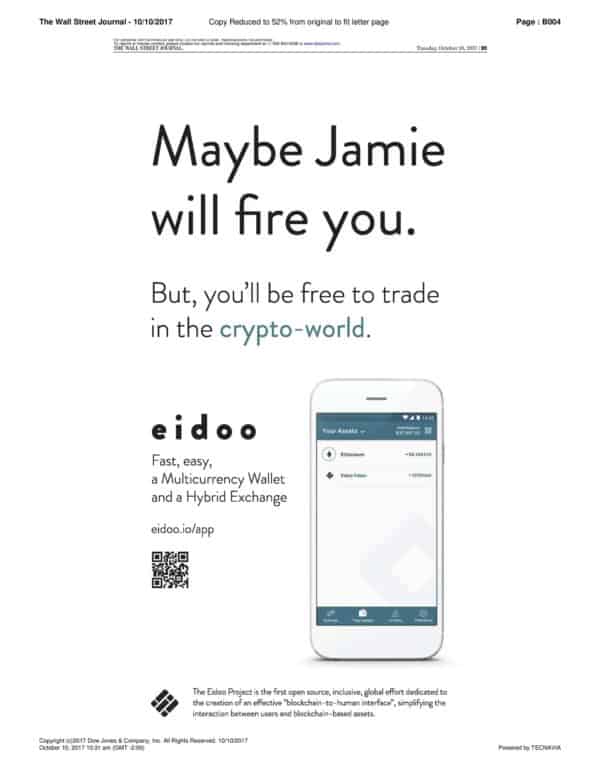 On another note, Bitfinex has come under some scrutiny for allegedly allowing wash trades to occur on its platform. Wash trades allow a single trader the ability to buy and sell a security at the same time thus possibly influencing the price of a securities while maintaining a net neutral transaction in the security