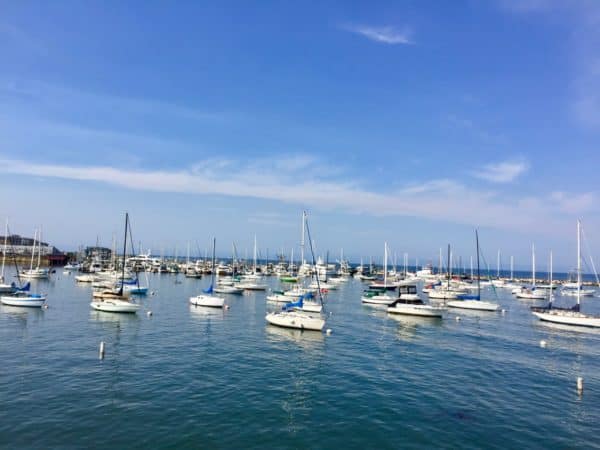 The US initial coin offering (ICO) market is the subject of a great deal of regulatory uncertainty resulting, in large part, from the absence of comprehensive guidance by the SEC.   The uncertainty has caused frustration for issuers and investors and has also been counter-productive from a regulatory perspective.

The current environment creates incentives for off-shoring ICO’s where regulation will often be less rigorous. Domestically, it deters the most conservative issuers, perversely skewing the market to less responsible issuers. At the same time, the evolving nature of the ICO market may make it premature for the SEC to issue more comprehensive regulations. The creation of an ICO Safe Harbor would be a valuable interim step.

In a group meeting with the SEC in January, I advocated for the creation of a non-exclusive ICO “safe harbor.” The primary goal of the safe harbor (the “ICO Safe Harbor”) would be to create a zone of regulatory certainty in a market currently flooded with highly questionable claims of legal compliance.

This article outlines potential parameters for an ICO Safe Harbor.  The proposal is intentionally narrow.  While ICOs utilizing the ICO Safe Harbor are unlikely to raise tens of millions, this type of offering could still potentially raise the seed funding need to build out their blockchain platforms.  A safe harbor would have the following advantages:

1. It will provide regulatory certainty.

2. It is non-exclusive. A token not qualifying for the safe harbor could still avoid being categorized as a security under a conventional Howey-based analysis.

3. It will allow, not preclude, more definitive ICO regulations in the future.

The prevailing wisdom is that the SEC views all ICO tokens as securities. This belief resulted from statements by SEC Chairman Jay Clayton to the effect that “I believe every ICO I’ve seen is a security.”

I believe that this statement has been misinterpreted. The Chairman does not dismiss the existence of “utility tokens,” but defines them very narrowly. More importantly, he believes that none of the existing ICOs meet the criteria to be a utility token and therefore need to comply with applicable securities regulations. 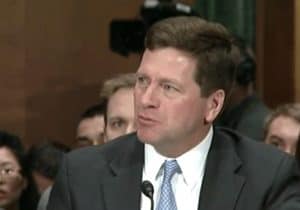 The Chairman has given a couple of examples that reflect his narrow view of a utility token.

“A key question for all ICO market participants: “Is the coin or token a security?” As securities law practitioners know well, the answer depends on the facts. For example, a token that represents a participation interest in a book-of-the-month club may not implicate our securities laws, and may well be an efficient way for the club’s operators to fund the future acquisition of books and facilitate the distribution of those books to token holders.”[1]

Speaking at Princeton University on April 5, the Chairman similarly stated:

“If I have a laundry token for washing my clothes, that’s not a security. But if I have a set of 10 laundry tokens and the laundromats are to be developed and those are offered to me as something I can use for the future and I’m buying them because I can sell them to next year’s incoming class, that’s a security.”

Somewhat cryptically, he also added, “What we find in the regulatory world [is that] the use of a laundry token evolves over time.  The use can evolve toward or away from a security.”

What is a Safe Harbor?

A safe harbor is a provision of a statute or a regulation that specifies conduct that will not be deemed to violate the statute or regulation. For example, the Safe Harbor provisions of the Securities Litigation Reform Act afford “forward-looking statements” in financial reports significant protection if certain criteria are met.

Under the ICO Safe Harbor, a token would be deemed a utility token, and not subject to securities regulation, if the token offering met the following criteria:

I believe that meeting the above criteria would ensure that most, if not all, tokens would be purchased by consumers rather than investors. If you think about airline miles, they are digital assets that no one would consider a security.  I believe that is so because the distribution of miles complies with the criteria set forth above.

If the SEC felt additional criteria were required to reduce the likelihood that the token would be acquired for investment purposes, it could consider adding one or more of the following criteria:

This proposed ICO Safe Harbor is not a global solution to the challenge of classifying ICO tokens. Qualification for the ICO Safe Harbor is limited to ICOs where it is clear that the sole purpose of the token is utility. As a result, tokens issued under the ICO Safe Harbor are unlikely to be, for lack of better term, “very sexy.” In some respects, offerings under the Safe Harbor would be a tokenized version of Kickstarter where the appeal is in part support of the development of the platform and in part the ability to get a discounted pre-sale price on the product or service.

There should be a way, however, to conduct compliant ICOs which raise funds from investors rather than consumers. Even for issuers who want to issue their tokens as securities, the existing securities framework is a poor fit for ICO’s. While the current focus is on the initial issuance, the secondary markets for these tokens, if issued as securities, may be even more challenging. Creating these regulations will be far more complex and could take significant time to resolve. The ICO Safe Harbor is a means to create regulatory certainty in a segment of the ICO market and place tokens meeting the criteria outside securities regulation.

Recently, there have been multiple press reports that at the end of March venture capital firms Andreessen Horowitz and Union Square Ventures and several large law firms operating as the Venture Capital Working Group met with SEC regulators.  At least two papers were submitted to the SEC, a 6 page discussion document produced by the group and a more comprehensive 49 page analysis of utility tokens authored by the Perkins Coie law firm.

There is much to like in the proposal documents. Perhaps foreshadowing the Chairman’s comment about the ability of tokens to “evolve,” the proposals assume an initial issuance of securities that then convert into utility tokens upon “full functionality.”   While the proposals include multiple criteria, including some listed above, the requirement of full functionality is the lynchpin. The papers argue that at that point purchasers are no longer purchasing with the expectation of benefiting from the efforts of the issuer.  The purchase price of the tokens then primarily reflects the market valuation of the product or service purchasable with the token. The Working Group proposal has 4 separate ways a token could be considered “fully functional.”  The Perkins Coie definition focuses more on the point where the platform has reached its “maintenance phase.”

The Working Group’s proposal is a worthy starting point for discussion with the SEC, but because of its broad scope, it will likely require a lengthy process to be finalized.   Among other things, I believe that a more exacting definition of “fully functional” will be required.  The ICO Safe Harbor detailed in this paper proposes a narrower and hopefully quicker path to creating some degree of regulatory certainty. 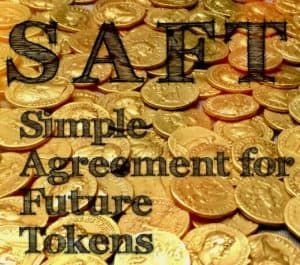 Finally, there is the question of retroactivity of the ICO Safe Harbor. It increasingly seems likely that billions of dollars of tokens have been issued in offerings that the SEC considers a violation of the securities laws.

The safe harbor proposed by the Working Group essentially highlights the shortcoming of the SAFTs that were used extensively in ICO fundraising.   By its terms, SAFTs convert at “Network Launch” which is defined as a bona fide transaction or series of transactions, pursuant to which an issuer will sell tokens to the general public in a publicized product launch.  This conversion could occur well before the tokens reach “full functionality” as defined in the proposals above.

The SEC will need to determine whether the sponsors of existing ICOs will be given the opportunity to restructure their token offerings to take advantage of the ICO Safe Harbor. This precedent, however, could create significant moral hazard for future situations in which the investment and legal communities address regulatory uncertainty.