Peer-to-peer property lender CrowdProperty has closed their £1.1 million equity crowdfunding round on Seedrs easily topping their £600,000 goal. CrowdProperty raised capital at a pre-money valuation of £15.7 million. Approximately 575 investors supported the round.

The news of their successful equity offering was joined by the announcement that CrowdProperty has received the backing of an unnamed “major financial institution” to lend up to £100 million for property investments over the next 12 to 24 months. The line of funding provides an important source of capital to help the online investment platform scale more rapidly. 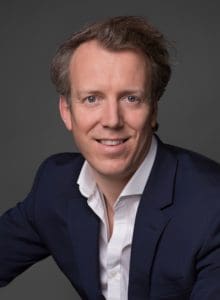 Mike Bristow, Chief Executive of CrowdProperty said his company has proved the concept.

”’… we proved the ability to rapidly scale the business across every metric with investment whilst maintaining our 100% capital and interest payback track record, having now funded the development of 559 Great British homes worth almost £100,000,000. Most notably and uniquely, we have built up an exceptional rate of directly originated quality property projects. Coupled with the recently secured £100 million of institutional capital backing there are very strong lead indicators of CrowdProperty’s potential to be funding hundreds of millions of pounds of property projects a year.”

Bristow explained their success by pointing to their ability to understand the needs of both side of the deal. SME proeprty developers have been poorly served by traditional finance and investors gain access to an asset class that has been difficult to approach before Fintech stepped in. This is even more relevant for smaller projects which are less than a million pounds.

Bristow expects the new capital to “supercharge” their growth rate in the coming months.

Founded in 2014, CrowdProperty previously raised capital on Seedrs in 2017. At that time, CrowdProperty raised about £900,000 at a pre-money valuation of £5.9 million.