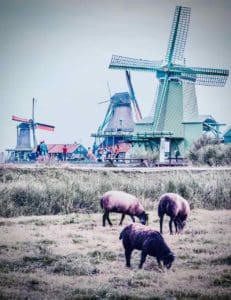 The Dutch Finance Ministry and Ministry of Justice have vowed to regulate cryptocurrencies as part of the Netherland’s comprehensive new plan to combat money-laundering in the region.

“Our goal is to guarantee an honest and safe financial system,” co-authors Minister of Finance Wopke Hoekstra and Minister of Justice and Security Ferdinand Grapperhaus state in an “Open letter plan of action on money laundering” dated June 30th.

The letter, sent to the Dutch parliament on July 1st, describes a number of measures entities under the ministry’s sway will be expected to undertake.

The measures fall under the categories of “raising barriers,” “increasing the effectiveness of gatekeepers,” and “strengthening investigation and prosecution.”

The ministers appear to be trying to get good control over the situation ahead of an evaluation of the effectiveness of the Netherlands’ anti-money laundering/anti-terrorist finance control to be conducted by the Financial Action Task Force (FATF) in 2021.

Currently, an estimated 16 billion euros in illicit funds, mainly the proceeds of drug sales and fraud, is laundered every year in the Netherlands, with “half of them com(ing) from abroad.”

The ministers cite recent European money-laundering scandals in including ones involving, “Danske Bank, the Maltese Pilate Bank, the Estonian Versobank AS and the Latvian ABLV,” all of which “had a major impact” on the European banking landscape.

Failings at those institutions show, “…the need for banks to
better fulfil their role as gatekeepers,” the ministers say.

They called money-laundering “is an immense and complex problem,” whereby, “(funds) of the underworld (get) into the upper world,” and criminals are, “…able to make undisturbed use of those revenues.”

The US Financial Crimes Enforcement Network (FinCEN) Director Kenneth A. Blanco told an audience in New York in June that his agency is receiving 1500 reports of suspicious transactions involving cryptocurrencies per month- 500 more than it receives regarding regular transactions.

At the end of the speech, Blanco emphasized the human costs of unchecked criminal finance:

The Dutch minister said that, “The Committee of the Regions believes that a common and effective approach to the fight against money laundering should be adopted,” and said that the Netherlands’ new, “action plan addresses the identified risks and contains supplements and intensifications.”

Concrete measures versus illicit finance in the “intensifications” include a limit of € 3,000 for cash transactions and the elimination of the 500 euro note.

Rules pertaining specifically to cryptocurrencies include, “Regulate providers of crypto-wallets and exchange platforms”;”Strengthen… regulation at European level of crypto services and ICOs implementing FATF standards“; and “Invest… in projects against criminal cash flows and cryptos.”

The ministers also emphasized that every actor working in finance systems in the Netherlands should do their part:

“Preventing and combating money laundering is a joint task of the Cabinet, supervisors, FIU-the Netherlands, investigative authorities and the Public Prosecutor’s Office as parties in the sector, such as banks, insurance companies andaccountants. In the run-up to this plan, we talked to these parties and they all support this plan. Together with these parties, we want to…prevent…criminals from gaining a foothold in our financial system.”

“With this joint commitment, we want to take the fight against money laundering to the next level.”