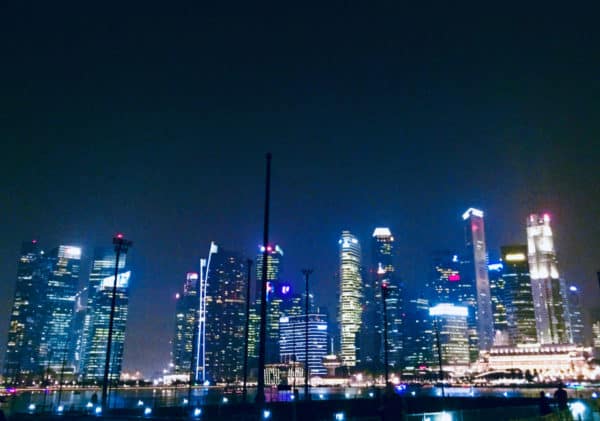 Non-financial firm ride-hailing service provider Grab confirmed on December 29 that it is partnering with one of Singapore’s largest telecommunication companies, Singtel, in order to acquire a digital full bank license in the Asian country.

Singapore is currently accepting applications for a licenses to establish digital-only banks. Announced earlier this year, a December 31st deadline has been set for aspiring Fintechs seeking to operate as a bank in Singapore. MAS expects to issue five separate licenses during the first round of approvals. Two will be digital full bank (DFB) licenses and three will be digital wholesale bank (DWB) licenses. DFBs can handle retail customers with DWBs targeting SMEs. Existing traditional banks may, of course, continue to offer digital banking services as regulated under existing rules.

The two non-bank firms are reportedly preparing to establish a consortium through which Grab will hold a 60% stake and Singtel will get the remaining 40%.

The target market for the new initiative will mainly be digital-first users and SMBs who may find it challenging to gain access to credit, Grab and Singtel’s management stated.

Although ride-hailing is Grab’s primary business and one of its major sources of revenue, the firm also introduced its GrabPay electronic wallet in 2016. The startup offers several different financial services in the Southeast Asia region, which include insurance packages for its drivers. The company has also established its presence in Asia’s competitive food delivery industry.

“In the past two years, we have launched and scaled financial services such as e-money, lending and insurance distribution into Southeast Asia’s largest fintech ecosystem.”

Lai added that the “natural next step” for the company is to launch a digital-only bank.

Singtel says it plans to move beyond its traditional mobile-based carrier services into other  areas including online payments, via its Dash e-wallet, and various cybersecurity-related projects.

The Monetary Authority of Singapore (MAS), the nation’s financial regulator, confirmed in June 2019 that it would be issuing up to five new online banking licenses in the country.Non-banking entities like Grab and Singtel to accept deposits from retail consumers as well as businesses.

In other jurisdictions, non-bank tech firms have started to offer financial services such as payments but Singapore is one of a few jurisdictions that actively encourage non-traditional firms to enter banking.

The Singapore government believes that the establishment of digital-only banks may benefit consumers, as they would have more banking options and competition for customers.