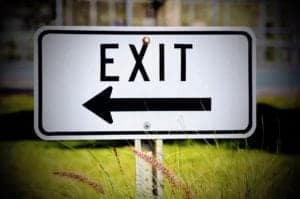 Binance made the announcement on its Japanese language page.

The announcement, according to an automated translation, reads:

“Thank you for always patronizing Binance.

Binance.com will be phasing out the provision of services to residents of Japan. Therefore, in the future, we plan to gradually restrict transactions for Japanese residents. As soon as the details of the transaction restrictions are determined, we will contact you shortly.

At this stage, there are no restrictions on trading, and all services are available as usual. If you have any questions or comments, please contact our customer support…

We apologize for any inconvenience this may cause to residents of Japan, and we ask for your understanding and cooperation.”

According to Bloomberg, Binance was issued a warning in March 2018 by Japan’s Financial Services Agency (FSA) after the agency found that the platform was facilitating cryptocurrency trades by residents of Japan without holding the proper license.

Bloomberg also reported that Binance was one of seven exchanges to receive a warning letter from regulators in Hong Kong advising them to make sure they were not facilitating trades of cryptocurrencies and tokens classed as securities under Hong Kong law.

Binance was founded in China and reportedly moved to Japan just prior to China’s 2017 extension of a crypto ban program initiated in early 2016.

Binance reportedly vacated its Japan offices and relocated to Malta around the same time it was warned by the Japanese FSA.

In September 2018, a representative of the FSA claimed that 160 applicants were seeking licenses to set up crypto trading platforms in Japan.

The business may have been attracted to the region because of Japan’s adjacency to China, where cryptocurrency speculation and use persisted considerably despite official sanction.

At around the same time as many were trying to enter, 13 crypto companies, including Kraken, were leaving Japan.

When Kraken left Japan, it said that a required preoccupation with regulatory obligations had negatively impacted profitability at its Japan operation.