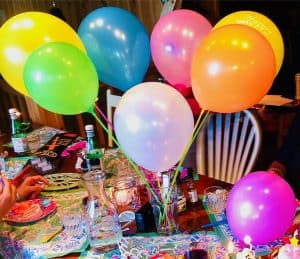 A new type of user reward scheme to distribute the Compound governance tokens (COMP)  led to a significant increase in the amount of value locked into the leading DeFi protocol.

The COMP token reward scheme involves regularly depositing the token to all users’ balances that are active on Compound. This includes the DeFi protocol’s borrowers and lenders.

The token’s high issuance rate and a surge in price have led to a trend called “COMP farming.” The trend had also picked up because of the new reward system. Many traders have been borrowing and lending funds via the protocol, and they’ve been leveraging their positions by recursively “lending” the same tokens they had initially borrowed.

Sokolin pointed out that Compound’s balance sheet grew by $500 million.

“What happened? A recursive mechanism to drive up usage, price, usage, price. Liquidity mining in a lending market.”

“I tried to grapple with concepts of financial centralization and decentralization, anchoring in custody, staking, and DeFi. I like fiduciaries. They put client interests first. Crypto custodians like BitGO and Coinbase Custody do as well. Should protocols care?”

Sokolin goes on to mention that on the centralized side, there’s the acquisition of Lumina by BitGo, Coinbase Custody, and there are also some similarities to Schwab and Betterment Institutional.

“There is a clear path to a tech-first money manager, and custody, portfolio management, and fund construction are all adjacent.”

He further notes that on the decentralized side, there’s the dramatic increase in value within the Compound protocol and ecosystem, and also the recursion that could subject participants to significant risks.

As confirmed by Sokolin, there are now many structured products in the decentralized finance (DeFi) space. He points out that 80%+ of the tracked assets are structured, but hold less than  20% of the total value.

“One of the core building blocks of the DeFi ecosystem underwent a profound change. Compound, a protocol to clear borrowing and lending of various digital assets, [recently] introduced a token [COMP] that gives a holder governance voting rights. The token is earned when a user borrows assets from the platform.”

“This set off a series of strange financial outcomes, the most clear of which has been to 3x the token price and increase the balance sheet by over $500 million.”

There’s nearly $600 million in value locked in the Compound protocol (at time of writing), according to DeFi pulse data.

As noted by Sokolin, the reason this may have happened is that “the yield payback became self-reinforcing.”

“Users can lend an asset to receive yields in the 10-30% range, depending on the market. The borrowers must pay that interest with a mark-up, but they also earn back the Compound token through their activity. That token has been increasing in value, because the market is perceiving there to be economic activity on the Compound network. As a result, what you get paid as a reward is more than what you have to pay in interest. This creates a recursive loop.”

He asks if we can call this “economic activity?” Or may we think of this as arbitrage. Sokolin asks.

Is there even a difference?

“Remember that PayPal paid users $20 to sign up and refer in others, so multi-level marketing is … perhaps at the core of financial entrepreneurship.”

(For his complete analysis and other insights, click here.)

In an interview with CI, Sokolin noted:

“More performant decentralized software, and the growth of DeFi, will continue to prove our novel use-cases that capture people’s imaginations. Economic activity then forms between these apps, and there is already native currency that allows for on-chain transactions. On top of that, nearly $7 billion in tokenized USD travels the Ethereum network. This is the main path I see to adoption — not more trading of alternative protocol tokens.”