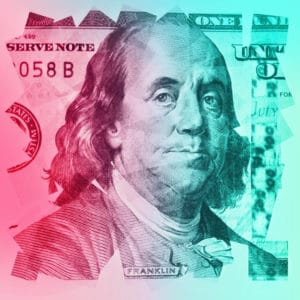 During the past few years, initial coin offerings (ICOs) and initial exchange offerings (IEOs) have raised billions of dollars in funding for various so-called “decentralized” blockchain initiatives. Most of these projects have been scams or have just been really bad ideas that never really materialized.

However, this doesn’t seem to have discouraged blockchain or distributed ledger technology (DLT) industry participants from attempting to raise funds in other creative ways. The crypto space now has these so-called “dynamic coin offerings” (DYCOs).

Orion Protocol, a decentralized finance (DeFi) initiative, reports that it has secured $3.45 million through a DYCO, which is described as a fundraising method where investors are reportedly able to claim a refund if projects can’t deliver on their promises or fail to meet their planned milestones.

The Orion Protocol team claims that they can guarantee up to 80% refunds to investors who are holding the platform’s native ORN crypto tokens.

Timothea Horwell, CMO at Orion Protocol, said that the refunds can be requested by investors at month 9 and are available through month 16, and investments are fully USD-backed throughout the entire process.

If a project’s token holders feel that an initiative has done reasonably well during the first 9 months of operations, then they may decide not to claim a buyback and project teams are able to access a certain amount of the funds that were initially reserved for buybacks.

If the token holders are satisfied with how a project is progressing, then no buybacks might be carried out during any round and the team can then decide to use more funds to continue working on their initiatives.

The terminal is scheduled to go live later this year. The platform might also offer lending services, a decentralized price oracle, and a high-margin non-custodial exchange. The Orion project is reportedly being managed by Alexey Koloskov, the former chief software architect at Waves, the developers of a decentralized exchange protocol and a blockchain that allows users to issue their own tokens.

Orion Protocol had been using its $300,000 in seed funding to maintain operations, until it acquired more funding. The DYCO has reportedly been oversubscribed by 300%. The offering was carried out with the help of DAO Maker, a blockchain consulting agency.