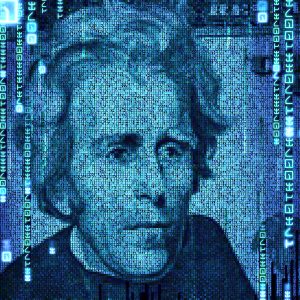 The decentralized finance (DeFi) sector continues to experience significant growth, as the total value locked in its markets has surpassed $4 billion, according to DeFi Pulse data.

As reported in early February 2020, there was only around $1 billion locked into the DeFi space before the COVID-19 outbreak began to impact the global economy.

Now though, there’s over $4 billion locked across various DeFi smart contracts, open-source protocols, and decentralized applications (dApps). Most of these solutions have been developed on Ethereum (ETH), the world’s largest blockchain platform for deploying dApps.

MakerDAO, a “decentralized” lending system that’s supported by various stablecoins such as Dai, has the largest market cap out of all others. There’s more than $1.2 billion in value locked into MakerDAO, accounting for about 30% of the total value allocated to DeFi markets (at the time of writing).

The Ethereum (ETH) price, along with the BTC price, has been surging. ETH crossed the $300 mark after almost a year. This may be due to the anticipation and excitement that’s building up before the expected launch of Ethereum 2.0, a major system-wide upgrade that will involve a transition from proof of work to a proof of stake consensus model.

Other Ethereum competitors such as Cardano (ADA) have also announced major developments recently. After around five years of peer reviewed research and development, the Cardano mainnet, called Shelley, is now live.

It may, however, be a bit unrealistic at this point to consider Cardano, EOS, or Tron (TRX) to be Ethereum competitors because they have not been in the market as long. Ethereum was launched over 5 years ago, meanwhile, EOS and Tron hit the market back in 2018.

Despite all the enthusiasm surrounding the DeFi space, it’s worth noting that many so-called decentralized finance platforms have experienced hacks. There are many scams being carried out in the DeFi space as well. As reported, non-custodial exchange Uniswap, which lists many DeFi related cryptocurrencies, has had instances where many fake tokens were listed and being traded. These tokens had claimed to be associated with legitimate projects, but they were just another scam because the project itself didn’t even have a native token.

Despite these issues and challenges, Ethereum advocate Ryan Watkins believes that the DeFi space will succeed because it doesn’t require additional funding. He claims that all the sector needs is a “reallocation of capital” from many of the top 30 cryptocurrencies, by market cap, in order to succeed.

Watkins claims that most of the top 10 digital currencies are now running on older technologies, which are ready to be replaced by modern DeFi platforms.