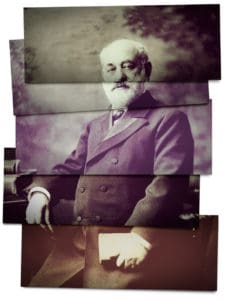 At one point in time Goldman Sachs (NYSE:GS), the most prominent investment bank in the world and emerging Fintech powerhouse, was poised to create a crypto trading desk. In May of 2018, Goldman Sachs executive Rana Yared indicated the bank would enter the crypto space due to customer demand.

It did not take too long for Goldman to slam the pause button. In the fall of 2018, it was reported that Goldman had decided against a crypto trading desk causing Bitcoin to drop on the news.

As recently as May 2020, it was reported that one Goldman analyst described Bitcoin as not an appropriate asset class.

“In the next five to 10 years, you could see a financial system where all assets and liabilities are native to a blockchain, with all transactions natively happening on-chain. So what you’re doing today in the physical world, you just do digitally, creating huge efficiencies. And that can be debt issuances, securitization, loan origination; essentially you’ll have a digital financial markets ecosystem, the options are pretty vast.”

Of note is the expectation that traditional assets will eventual become digital securities. Managed on blockchain and perhaps augmented by native smart abilities. While Goldman may be behind in recognizing the fact that inevitably all securities will be digital it is still very much a nascent sector of finance. You can expect McDermott to focus on both esoteric digital assets as well as traditional securities that are moving away from their paper-past.

“It is encouraging to see that traditional financial institutions, such as Goldman Sachs, who just a few months ago were pulling away from cryptocurrencies, are now recognizing the value of digital assets. I expect that this move will be reassuring to Goldman Sachs investors, who otherwise may find it difficult to gain exposure to this innovative asset class. It’s interesting to note that Matthew McDermott proposed the idea of a stablecoin – until further information is available, it’s difficult to assess why or if we need another stablecoin, what it is backed by and whether a large regulated financial institution is trusted globally to succeed. Imagine, for example, if Lehman Brothers backed a stablecoin…”

Hodgson said there are big strides being made in the crypto space pointing to the first EU state currency issued on the NEM Blockchain and interest in CBDCs.

“This is an encouraging step for the space as a whole, but altogether unsurprising given recent investments made by competitors JP Morgan and Fidelity,” said Hodgson.

Konstantin Richter, CEO and Founder of Blockdaemon, said there has been wider adoption of cryptocurrency to the mass market boosted in part by more regulatory clarity – specifically at the Office of the Comptroller of the Currency (OCC) granting national banks in the US permission to operate crypto custody services.

“It is necessary for institutions like Goldman Sachs to see crypto and blockchain technologies in a new light and test the waters with their own token. Bitcoin has shown that it can stabilize and with the recent bullish run, offering a stablecoin allows them to stay relevant with the latest blockchain-related advancements. Customer demand will drive revenue and open up new channels so it would only be detrimental to their business if they didn’t explore this opportunity.”