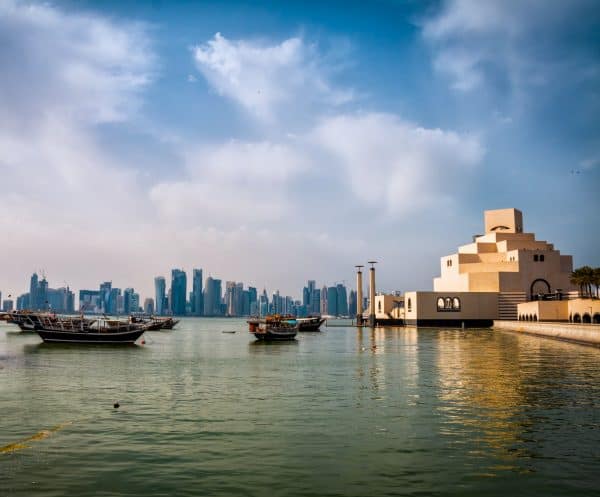 Qatar’s economy appears to be performing a lot better than other MENA region countries because it has launched many projects that have helped establish different types of businesses that generate significant revenue.

Qatar has also managed to overcome the political tensions and has found new import and export routes. However, the Middle Eastern country’s GDP has not grown much in recent years. As confirmed in a report by Lloyds Bank, Qatar’s GDP increased by just 1.5% in 2018 and merely 0.1% last year.

The International Monetary Fund (IMF) has said that it’s expecting Qatar’s economy to contract by 4.3% this year due to the socioeconomic challenges created by COVID-19. However, the IMF has also projected that the nation’s economy should recover and grow by 5% next year (in 2021). The expected recovery may partly be due to increased (expected) revenue from the upcoming FIFA 2022 World Cup and other related events.

Despite the challenges created by the pandemic, Qatar’s Fintech sector has been growing rapidly. There’s been an increase in e-commerce and other activities involving digital platforms, because of changes in consumer behavior following the COVID outbreak. These changes have been seen worldwide (not just in Qatar) and are most likely permanent, according to industry experts. Consumers now prefer to use all-digital platforms and services because they’re convenient and don’t require in-person visits which can help prevent the further spread of the Coronavirus.

As reported recently, the Qatar Commercial Bank received the Best Digital Banking Platform award, and was also recognized for its mobile app. As covered, digital transformation in Qatar has accelerated due to COVID-19, with banks investing more in Fintech solutions.

In September 2020, the Qatar Financial Center Regulatory Authority (QFCRA) revealed that it would be migrating its online services to the Microsoft Cloud in order to move forward with its digital transformation strategy.

The move to Microsoft Cloud comes after the Middle Eastern nation’s Ministry of Transport and Communication (MoTC) teamed up with Microsoft in 2019. The migration to the new Cloud services should offer significant benefits such as improved scalability, enhanced productivity, lower costs, and better security. This should help with meeting relevant regulatory and compliance requirements.