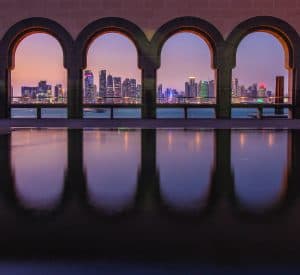 Abdulaziz Bin Nasser Al Khalifa, the CEO at Qatar Development Bank (QDB), which offers financial services, banking, and loans to support the development of the nation’s economy, has said that changing mindsets regarding entrepreneurship is “critical to growth.”

QDB plans to help both government employees and entrepreneurs with performing their work by offering informative resources and professional training for SMEs. The QDB remains focused on helping SMEs with gaining access to funding and also makes it easier for companies to access local markets.

Al Khalifa, whose comments came during the Atlantic Council’s empowerME event (held online on October 26, 2020), noted that the QDB offers accessibility to financing through direct lending options and partial guarantees.

The institution revealed that one of the biggest challenges the Middle East region faces is gaining access to VC funding. Venture capital is reportedly an underserved market, and this slowed down the development of the entrepreneurial ecosystem in Qatar and other Middle Eastern nations.

In Qatar, the government is the main procurer of goods and services. QDB aims to play a key role in this process by helping SMEs and local startups become the main provider of services and goods to the nation’s government.

Al Khalifa revealed that trade with certain countries including Turkey, Kuwait, Oman, and Iraq has actually grown since the blockade (in 2017). He also mentioned that being cut off from major trading channels actually helped the country become more resilient.

Al Khalifa further noted that funding has been provided to support private sector SMEs in Qatar. QDB has also been offering virtual training sessions to local businesses and entrepreneurs. These sessions are designed to help business owners with figuring out how to manage key work-related processes, including their human resources department, supply chains, and various other issues.

As confirmed by Al Khalifa, Qatar has launched a Fintech Hub and received over 750 applications from more than 70 different countries. The QDB chief executive also stated that Qatar’s infrastructure, transportation sector, ports, and airports have been developed with the goal of supporting a modern economy.

As reported recently, early-stage and mature Fintechs were chosen to take part in Qatar Fintech Hub’s incubator and accelerator programs. Qatar’s GDP is expected to contract by 4.3% in 2020, but the IMF expects recovery next year, which will be supported by the country’s growing Fintech and digital economy.

As covered earlier this month, the Qatar Commercial Bank received the “best” digital banking platform award. It was also recognized for its user-friendly mobile app.