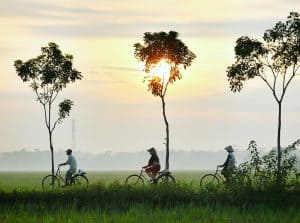 The Indonesian Central Securities Depository (KSEI) has noted that Fintech platforms are expected to support the rise in the number of Indonesia’s retail investors in the foreseeable future, especially as the country’s younger consumers begin to seriously explore investment options after the COVID-19 outbreak.

As reported by the Jakarta Post, the latest data from KSEI reveals that the number of Indonesian investors in equities, mutual funds and bonds surged 36.6% year-to-date or YTD (from December 2019). There are currently 3.4 million investors as of October 2020 with the majority being retail or individual investors. Nearly half of these people have made investments via Fintech platforms and 48% are under 30 years of age.

Uriep Budi, Director at KSEI, has stated that this is an “incredible prospect” that the numbers could go up over the coming year as Indonesia is projected to have “a demographic bonus.”

Uriep also mentioned that Fintech platforms were well-suited for more frequent but relatively smaller investments, which he believes will increase in the future.

The number of Indonesian retail investors has increased significantly during the COVID-19 pandemic, which has also led to millions of people losing their jobs and made many quite concerned about their future income. Indonesian analysts have said that the large-scale social restrictions (PSBB) have forced many residents to stay indoors which may have indirectly led to the surge in retail investments.