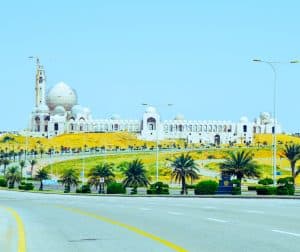 Other local and international investors also took part in the Pakistani Fintech firm’s investment round.

As first reported by Menabytes, the round includes contributions from Berlin-headquartered Global Founders Capital (which recently made investments in Bazaar), US-based HOF Capital, Soma Capital, and Mantis Venture Capital. Pakistan’s VC Fatima Gobi Ventures participated in the round as well. Safepay’s seed round has been finalized after the firm recently graduated from Y Combinator’s Summer 2020 batch.

Safepay was established in 2019 by Raza Naqvi and Ziyad Parekh with the goal to develop virtual payments solutions for Pakistani merchants. The company had introduced a beta product in 2019 and its co-founders had been able to scale quickly to offer digital payment services to more than 300 merchants in Pakistan.

The services were taken offline a year later as Safepay began focusing on its expansion which involves working within a framework with other partners and the State Bank of Pakistan (SBP), the nation’s reserve bank.

Safepay’s co-founders said they’ll launch the platform’s services as soon as it has made the arrangements to carry out payments via the right partners and with approval from the SBP.

The Fintech startup has been recruiting engineering talent in order to support virtual payment acceptance solutions in Pakistan beyond just credit/debit cards, online wallets and bank accounts. Safepay intends to use the capital raised to develop its products, expand its professional team, and make sure it adheres to regulatory requirements.

“We want to work [to] improve digital payment infrastructure in Pakistan [and] to decrease the reliance on cash and other OTC transactions, regardless if this is in a business-to-customer, business-to-business or government-person context. We feel we are in a strong position to develop innovative payment solutions to facilitate such transactions. Our ultimate goal is to increase the size of the online economy in Pakistan.”

Notably, this isn’t the first time that Stripe has made investments in an initiative that’s developing a Stripe-like Fintech solution for their domestic market. Stripe has previously invested in PayMongo and PayStack, which are established in the Philippines and Africa respectively. As reported, Nigeria-based PayStack has now been acquired by Stripe for more than $200 million.

“The Safepay team’s solutions will be an important contribution to the future of Pakistan’s economy. We love backing founders who really know their markets and have the vision to help local businesses. Their commitment to increase digital payments in Pakistan will become even more vital as Pakistan continues to pursue a fully digital economy and increases its role in global trade.”

“The choice of backers reflects a combination of funds that already have links with other businesses in the market and that are bullish on the entrepreneurial space in Pakistan. Backing from Stripe, in particular, will provide us with unique guidance towards becoming a leading technology provider, building world-class products in the context of local payments and commerce.”