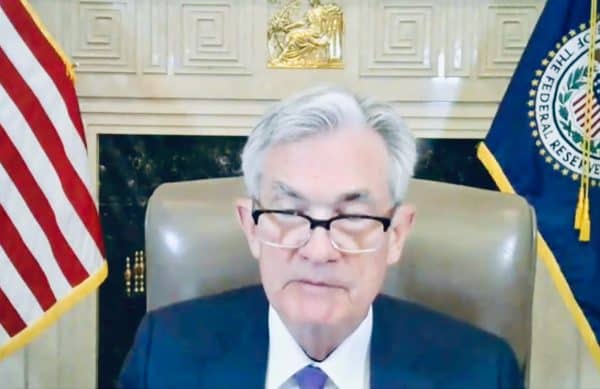 During testimony provided at the US Senate Banking Committee hearing today, Federal Reserve Chairman Jerome Powell commented on the possibility of launching a “digital dollar” calling it a high-priority project for them.

Powell was testifying in front of the Senate Banking Committee as part of the Federal Reserve’s semiannual Monetary Policy Report. While much of the discourse surrounding economic policy, mainly monetary policy, as well as the COVID impacted environment, Powell was asked about his thoughts on Central Bank Digital Currencies (CBDCs).  Powell said, “we do not need to be the first but we need to get it right.”

“We need to be careful,” said Powell.

Powell also said that a digital dollar will not have an impact on monetary policy transmission.

“In parallel to the work with researchers at MIT, the Boston Fed will independently evaluate other systems to understand their potential pros and cons in supporting a central bank digital currency. Before any CBDC could be issued, a separate, extensive policy process would be required.”

Last October, Powell said they will be approaching this with great care while noting that around 80% of the world’s central banks are investigating a CBDC in some form.

It has been long reported that China, a country that aspires to supplant the dollar as the most favored reserve currency, has been testing a digital yuan in various internal markets.