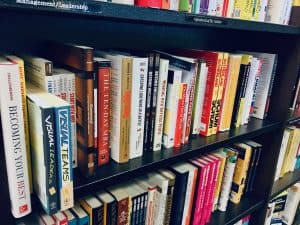 Peer to peer business lender ArchOver notes that it’s “wonderfully ironic” when Michael Burry, who had been played by actor Christian Bale in the Big Short, tells us that the GameStop antics are “unnatural, insane and dangerous.” Bale also noted that there must be “legal and regulatory repercussions” – this is despite him making “north of a 15 time multiple return on the GameStop stock he owned,” ArchOver claims.

ArchOver also mentioned that Melvin Capital, which had been betting aggressively that the stock would ultimately fall, experienced a 53% (that’s more than $7 billion) loss during the last month, before it could exit its short positions in GameStop.

As noted by ArchOver:

“Billed and commented on widely by the US and UK press as a modern day David Vs Goliath story in a flawed market, the reality is that the stock will return to a ‘value’ position and a lot of retail investors, late to the party, will lose money as a result – ‘puff’ in non performing stocks, only lasts for so long. … Whilst few are losing sleep over Melvin Capital’s January from hell, there is a natural place for Hedge Funds shorting stocks. Hugely research-driven by nature, unlike the average fund, they dig deeper than any other investment outfit on the viability of publicly traded businesses.”

“Inevitably they understand these businesses better than anyone else and put their money and predictions to work where their ‘research’ dictates. It’s therefore not surprising to see the huge sums these guys make, and I would argue deserve, even if the ‘personality’ traits of many of these Hedge Fund owners are sometimes rather undesirable.”

Anderson also cautioned that investing is “always risky.” He pointed out that research might not be helping Hedge Funds too much right now, however, knowledge is “always the most powerful tool in any market place.” He added that whether you’re choosing a stock for your pension, or lending in the P2P space, you should always “read everything you can and turn that knowledge into solid returns.”

As covered, the US House Committee on Financial Services will revisit the GameStop/Reddit/Robinhood fiasco once again in mid-March. The Committee distributed an email recently indicating that a virtual hearing will take place on March 17th, at 12 noon, entitled, “Game Stopped? Who Wins and Loses When Short Sellers, Social Media, and Retail Investors Collide, Part II.”

The first hearing saw representatives from Robinhood, Reddit, a Wallstreetbets member as well as two financial services firms and a former financial regulator, testify on the series of events that drove shares in GameStop (NYSE:GME) to trade at over $480 a share as purchases created a massive short squeeze driving the price considerably higher.

The Chairwoman of the Committee, Maxine Waters, has previously stated they will be holding three separate hearings on the event with the first hearing involving the various participants in the event, the next will include “experts”  in the sector and the third hearing may determine who did what and if legislation will need to be crafted. Of course, the word “experts” is an opaque term.

In a recent interview with CI, Tim Frost, CEO at YIELD App, remarked:

“One of the biggest news developments this year has been the incredible rise of GameStop’s stock (GME), driven by a loose collective of armchair investors who beat multi-billion dollar hedge funds at their own game.”

“It’s important to note that a large number of WSB members use the popular trading app Robinhood, a company that has proclaimed itself a leader in democratizing finance to “let the people trade.” On January 28, Robinhood inexplicably halted buys of GME and other stocks like AMC and Nokia. As expected, GME’s price immediately crashed as Robinhood users could only sell GME while institutional investors were free to do what they liked. Naturally, this caused immediate outrage, as the measure was neither properly justified nor explained until sometime after the event and was put down to a collateral request from the National Securities Clearing House.”

“The events that have transpired emphasize how powerful communities can be when they’re organized and committed. WSB’s simple goal of making money united them and managed to send some of the most powerful firms in Wall Street reeling. All it took was a little bit of analysis and a lot of dedication. Of course, WSB never set out with the intent of igniting a revolution, but they have shown that an online community can beat the institutions that have been taking advantage of them for decades.”