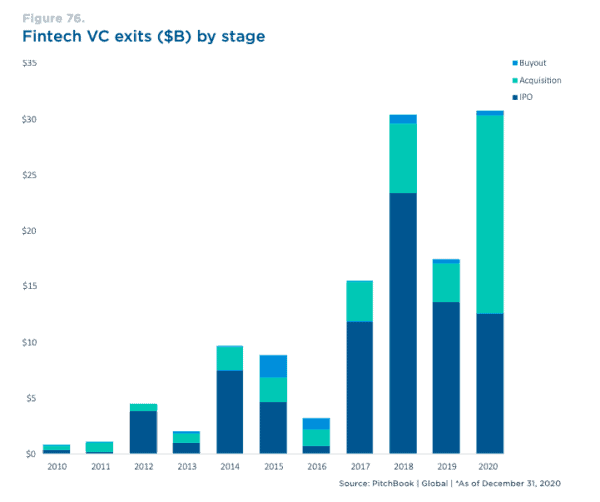 In the midst of a global health crisis, Fintech appears to be one of the big winners, according to a recent research report.

As outlined by Pitchbook, Fintechs raised $44.4 billion in venture funding across 2,581 deals during 2020. This is a year-over-year increase of  7.9% deal value.

If you remove Ant Group from the equation, a company that raised a whopping $14. billion in 2018, 2020 was a record year for Fintechs.

In Q4 alone, Fintechs raised a respectable $12.3 billion in venture funding, a 13.8% increase from Q3. Later stage firms are garnering the bulk of the funding as 74.2% went to more established firms as investors sought out less risky deals.

Of note is the fact that Asia, once dominated by China, has lost its pole position when it comes to Fintech funding as North America is the king of the hill when it comes to the dollar volume of Fintech deals.

During 2020, the top Fintech deals include:

Top Fintech exits during 2020 include:

The following companies completed an IPO:

Expectations are for a strong IPO market in 2021, including SPACs, as many big names have already floated shares and others are working on the process.

Some other key points of the research report:

Overall, this is a very good report. 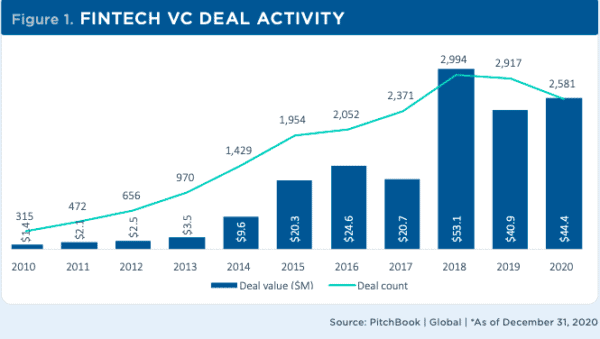