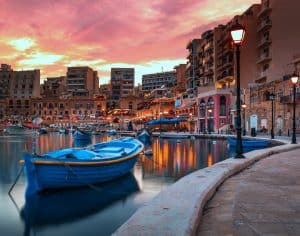 Dr. Joshua Ellul, Chairman of Malta Digital Innovation Authority; Expert Evaluator at European Commission; Director of Centre for DLT at University of Malta, notes that he believes his colleague Professor Gordon Pace (and Dr. Ellul) have made a major “breakthrough.”

“It is a widely accepted belief in the community that blockchain/DLT platforms (and smart contracts) cannot actively make calls to retrieve information from external web services/sources. Instead, the sector makes use of ‘Oracles’ — external entities that push information into a blockchain/DLT/Smart Contract.”

“This belief is preconceived. Likely based on the fact that decentralized logic (whether part of a Blockchain or smart contract) must be deterministic in nature — this means that given some input into the system, we must be able to determine the output, the final result computed. This is indeed correct, however it seems as though we (the sector) have come to believe that all nodes must execute the exact same code to reach this deterministic state — i.e. the same final output or result.”

According to Dr. Ellul’s (and his colleagues) research and observations, this is not correct. They claim that the “only important thing is that the final result is deterministic (it can be determined given the input), and however this deterministic result is computed does not matter, as long as all nodes get to this result.”

Dr. Ellul pointed out that previously it was “thought that the only way to achieve such a system would be to require that every node in the blockchain makes the same call to the web service.” But this raises two issues:

“We show in a preprint paper that Blockchain systems can make external calls to web services through the use of digitally signed responses — one node (be it the miner/validator) only needs to undertake the external call and it then records the response as well as a digital signature issued by the external service.”

Dr. Ellul further noted that “all other nodes can then verify the response to be correct based upon the digital signature.” He added that “so all nodes reach the same deterministic state, i.e. the same result, but only require one node to make the external call.”

“We believe this to be groundbreaking, and will open up possibilities for many new types of applications, as well as allow for existing applications that make use of external sources more efficient.”

You may review the preprint here.

You may also contact Dr. Ellul at his email address: [email protected]

As covered last month, Dr. Ellul had shared a preprint for a paper that his team plans to present in June 2021 on a “pragmatic” approach to the regulation of Artificial Intelligence (AI).

“I guess this is timely given the EU AI draft regulation being leaked which I’ve heard needs some serious fixes. It’s vital that AI regulation does not stifle innovation, and also that it’s applied in a suitable manner. I’ll comment on it in future, but here’s our paper for now.”